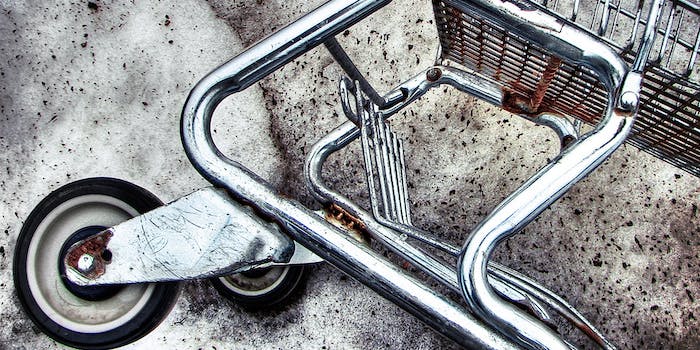 That's what you get for trying to feel alive.

If the dude in this dash cam video is any indication, Russia has laws of physics that thwart anything that smells like innocent fun. Best/worst of all, he thinks nobody saw.

But anyway, go ahead and watch him eat parking lot when he tries coast along on his shopping cart. Much of the cargo shatters, along with his childlike sense of whimsy.

Thank god he was able to salvage those beers—going back into the store for more would have been the ultimate embarrassment. Plus, he can use them to ice his swollen knees.