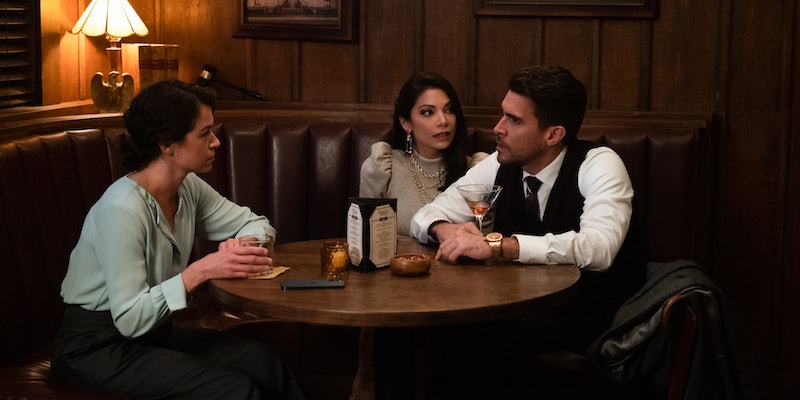 ‘She-Hulk’ episode 3 leans on its cameos

A scene with Megan Thee Stallion was widely derided.

Early in the third episode of She-Hulk: Attorney at Law, Jen Walters (Tatiana Maslany) takes a moment to address the elephant in the room. After Emil Blonsky (Tim Roth) explains that Wong (Benedict Wong) forced him to escape jail and enter a cage fight as Abomination (as witnessed in Shang-Chi and in clips that went viral at the end of She-Hulk episode 2), she knows that viewers just want to see Wong (Benedict Wong) before choosing to return to his cell. She might not be an Avengers fangirl like Kamala Khan, but she knows what the people are keeping an eye out for.

“I just wanna make sure that you don’t think this is one of those cameo every week type of shows,” Jen explains. “It’s not. Well, except Bruce. And Blonsky. And Wong. Just remember whose show this actually is.”

Unfortunately for Jen, She-Hulk has largely been all about the cameos so far. In the first three episodes, we’ve seen MCU heroes (Mark Ruffalo’s Bruce Banner, Wong), villains (Blonsky), shoutouts to other Avengers (the B-plot name-checks both Thor and New Asgard), and famous musicians (Megan Thee Stallion, playing herself). Thanks to She-Hulk trailers, we know that at some point in the next six episodes, Charlie Cox’s Daredevil will show up. And that doesn’t even begin to cover the future cameos that might arise before the season’s end. But in between the MCU of it all, She-Hulk begins to paint a rather amusing picture of the shenanigans that can arise when you mix superhero antics and the law.

Even with his job as the Sorcerer Supreme, it’s fairly simple to get ahold of Wong (who doesn’t have a first or last name attached to his online footprint) to corroborate Blonsky’s story. And like Bruce, he’s pretty forthcoming about his role in making Abomination fight.

“Everything Mr. Blonsky told you is factual,” Wong explains to Jen. “I extracted him from the prison against his own wishes, because I required a worthy opponent as part of my training to become Sorcerer Supreme. And as Sorcerer Supreme, I insist that he not be punished for my actions.”

He suggests several magical ways of getting Blonsky out of prison, all of which Jen rejects because she really just wants him to testify. But that turns out to be much harder than it looks not because he doesn’t want to—Wong also eventually admits he offered Blonsky sanctuary, which Blonsky rejected—but rather because he got the time wrong. As we wait to see whether Wong does show up, several other character witnesses testify to just how much Blonsky has changed.

But none of that stops the media frenzy stirring around Blonsky, and Jen herself, as the face of his representation. Every time she enters or exits the high-security prison where Blonsky is being kept, she’s hounded by reporters who ask her questions like if she was rejected by the Avengers or if she got her powers from a mafia hit gone wrong (a nod to Jen’s comics origin story) and take her non-responses as potential confirmation; one article suggests that she’s pregnant with Abomination’s baby. Online, it’s not much better as commenters complain about affirmative action, her getting her powers from a man, and the #MeToo hashtag flying by on a screen. And yes, She-Hulk also acknowledges that some people really want to get with She-Hulk. Nikki (Ginger Gonzaga) thinks that Jen needs to take control of her narrative, but Jen is resistant, insisting that people will stop caring about her once Blonsky’s parole is ruled on. Even when she finally sits down for an interview, Jen can barely hold onto the narrative.

But when She-Hulk isn’t focusing on Jen, it’s showing an interesting window into what kinds of services the Superhuman Law Division can offer. Episode 3’s B-plot—a TV term that Jen explicitly refers to later in “The People vs. Emil Blonsky”—involves her former colleague, district attorney Dennis Bukowski (Drew Matthews), who wants to sue his ex-girlfriend, a “shapeshifting Light Elf from New Asgard,” for tricking him into thinking she was Megan Thee Stallion and swindling him out of $175,000. Bukowski refuses to let Jen represent him because of their shared history and he doesn’t want Mallory Book (Renée Elise Goldsberry in a very brief appearance), a fellow lawyer in the Superhuman Law Division, to represent him either because he believes she’ll become his future fiancée. So he settles on Pug (Josh Segarra) to work for him.

The Light Elf does plenty to hurt her own defense—mainly in shape-shifting into everyone from Bukowski and Pug to the judge presiding over the civil trial—but the ace up Pug’s sleeve is Jen, who takes the opportunity to call out Bukowski as a self-centered and chauvinistic pig who would absolutely believe that Megan Thee Stallion, who is in attendance at the trial, would date him. Pug easily wins his case.

It leads into a couple of threads. One teases a potential threat as a mysterious entity wants a sample of Jen’s blood (which four assailants are unable to obtain once she transforms into She-Hulk) while the nugget of an idea about being able to remove powered abilities from those who wish to use them for nefarious reasons forms in her mind, one that’s just between herself and us. (An idea that would absolutely never ever be abused by the people in power would enforce it.)

But even Megan Thee Stallion’s appearance wasn’t just a one-off scene. She also shows up in the episode’s stinger, which has been widely derided online since it aired. Returning to Jen’s office, we see Megan Thee Stallion signing on to have Jen represent her (“You are way more fun than my last lawyer,” she says). The duo celebrates by twerking in Jen’s office before Jen’s occasional inability to interact with people kicks in and kills the mood.

It’s silly and a bit cringey, especially when Jen professes that she would kill for her new client—Megan tells her to “dial it down”—but it’s absolutely in line with the kinds of self-referential stingers attached to She-Hulk so far.

They’ve been less about tying all of the MCU together or teasing the next project but poking some fun at itself. Episode 1’s involved Jen faking drunk-crying to get Bruce to admit that Steve Rogers did not die a virgin while episode 2’s was a montage of Jen doing remedial tasks around her parents’ house while in She-Hulk form. And until Marvel decides to make Megan Thee Stallion an actual superhero, we can treat this stinger similarly.