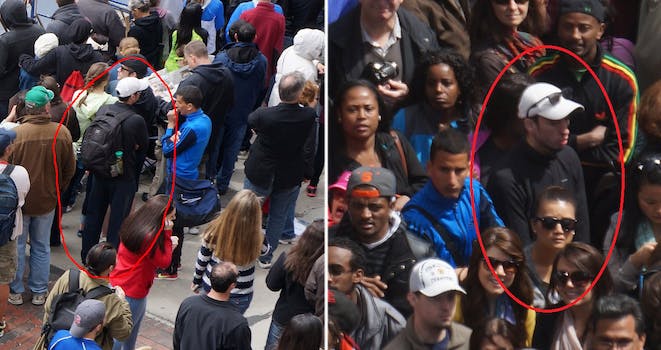 The New York Post never apologized to the two men it misidentified as suspects in the Boston bombing case.

In the days following the Boston Marathon bombing, the New York Post‘s front page read like overzealous Internet detectives had slapped it together. “Bag Men,” screamed the headline on Thursday, April 18. “Feds seek these two pictured at Boston Marathon.” The men pictured had already arisen as prime suspects on 4chan and Reddit. They were never actual suspects in the case.

Now the father of one of the men may sue the tabloid. El Houssein Barhoum told The Washington Post he’s talking to lawyers about his options. “A lot of people, they tell me that’s your right to sue them.”

Barhoum’s son, Salah, is a 17-year-old high school track star in Revere, Mass. Though his name was cleared the very same day—when the FBI released the photos of the actual suspects of the case—he was neverhteless the victim of bullying at school.

“Last night I couldn’t sleep, just thinking about the consequences,” he told the Daily News in April. “What are people going to say and what the result is going to be. “I want the people who did this to apologize. I didn’t deserve this. Colleges aren’t going to want me now.”

Salah still only gets a few hours sleep every night, his father said.

Though the images first surfaced on Reddit and 4chan, suing those sites would be a lot harder. Do you pin it on the guy who first posted the photo, or all the people who shared and commented on it, or the forum moderator, or Reddit itself? And at least in the social news site’s case, many of the main actors have apologized—including Erik Martin, the site’s general manager, who had nothing to do with the subreddit.

The Post has never apologized—perhaps on the advice of its lawyers, who surely don’t want the paper to admit guilt.

The Post is stuck in a catch-22 of its own making.