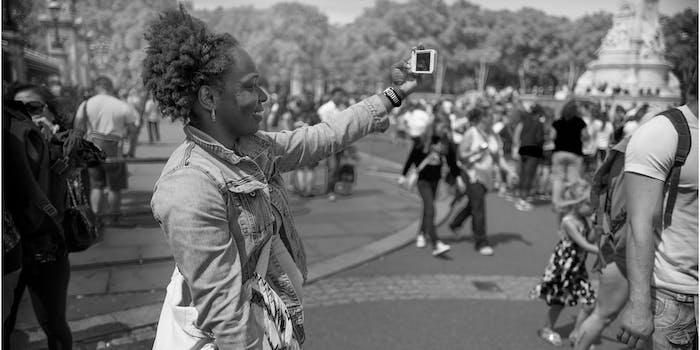 People are dying for selfies. Make sure you're not one of them.

Selfies: innocently vain habit, or your ticket to an untimely demise?

According to Mashable, more people have been killed by attempting to take selfies this year than by sharks. Granted, it’s just 12 selfie-related deaths to eight shark fatalities. But selfies have also been linked to plane crashes and people being hit by speeding trains.

That’s a lot of people not practicing safe selfies! So, if you’re thinking of taking a selfie, here are some things you should consider before you try.

Are you near a cliff? Oncoming traffic? In the middle of a swift current? Please, look both ways before taking a selfie.

Are you attempting to take a selfie while responsible for some other important task? Selfies should only be taken with one’s full attention.

VIDEO: Why you shouldn't take a selfie at the wheel.

3) Make sure the animals are trained

Taking a selfie with a family pet, or even at the zoo, can be an adorable way to up your Instagram favs—but remember to keep your distance from wild animals. And no, they do not train the bears at Yellowstone.

FYI: Kim Kardashian got attacked by an elephant: http://t.co/B2ljBps6gn pic.twitter.com/8vzz0maLSE

4) Talk to your photo mates about practicing safe selfies

You may be incredibly safe, but if your partners aren’t practicing safe habits as well, it could affect you! Make sure everyone in the shot is alert and aware.

There’s no use in going to all this trouble if you’re just going to drop your phone in a picturesque waterfall.

And remember, in case of an emergency, your selfie stick may be able to save your life.