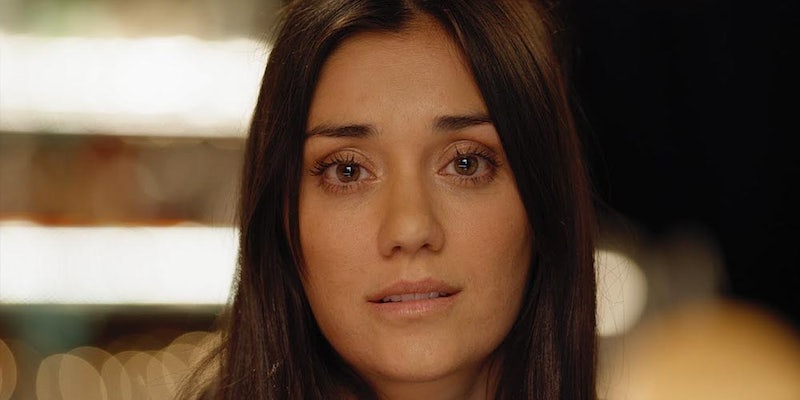 It appears the Peloton wife has ditched her bike for a glass of Aviation Gin.

Hollywood actor Ryan Reynolds has cashed in on the viral backlash against Peloton by hiring the woman in its recent ad to promote his gin company.

Peloton’s holiday commercial for its stationary exercise bike has been receiving widespread criticism over the past week for being out-of-touch, earning more than 17,000 downvotes on YouTube in the process.

Reynolds appears to have picked up where Peloton left off by using the woman to showcase his Aviation Gin in an ad sent out on Twitter Friday.

The short clip begins with the Peloton woman staring blankly at the camera before the shot pans out to reveal she is at a bar, seemingly recovering from the nightmare that the exercise bike bestowed upon her.

“This gin is really smooth,” she says.

Two friends sitting on either side of the woman attempt to console her, offering to get her another drink.

“You’re safe here,” one of the friends says.

After lifting their glasses “to new beginnings,” the woman proceeds to chug down the entire drink.

“This is gonna be a fun night,” one of her friends adds.

Just to make sure the message is driven home, the commercial ends with one of the woman’s friends saying “you look great by the way” in reference to the year she spent on her Peloton.

Reynolds’ ad has been receiving high-praise and managed to rack up nearly 30,000 retweets. The ad also seems to have redeemed the poor Peloton woman’s image as well.

Even the husband from the Peloton ad, who has similarly been hit with criticism from unhappy viewers, chimed in on Reynolds’ viral creation in a post on Instagram.

“Honey, are you not coming home tonight?” he asked. “Guess the bike is mine now…?”

Peloton earlier this week attempted to defend its own ad by oddly showing the media three positive emails and a Facebook post to prove that at least some people liked it. But the damage had already been done. The company’s stock plummeted by 6% during Thanksgiving week when the ad first aired.

“Our holiday spot was created to celebrate that fitness and wellness journey,” the company said in a statement this week. “While we’re disappointed in how some have misinterpreted this commercial, we are encouraged by—and grateful for—the outpouring of support we’ve received from those who understand what we were trying to communicate.”

This is not the first time that Reynolds has taken advantage of a viral moment in order to promote Aviation Gin. The actor also famously hired the Fyre Fest’s Andy King earlier this year to appear in an ad about the product.