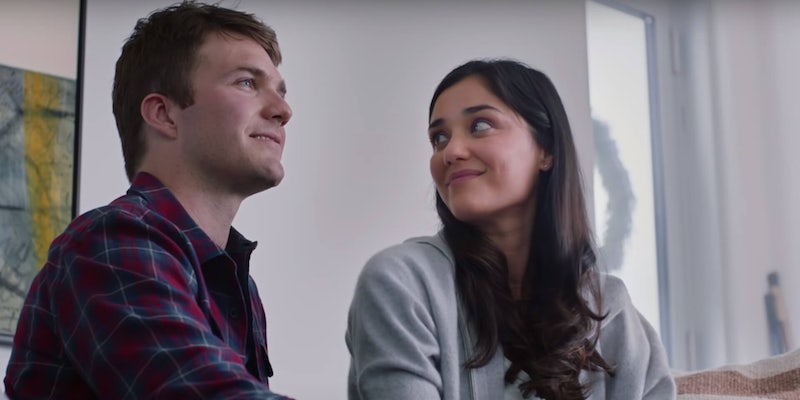 Peloton Husband is worried memes will have ‘repercussions’ for his career

'Wish I kept the receipt.'

The man who appears in the highly-criticized Peloton ad says he’s concerned that he will lose future job prospects—even though social media indicates he’s embraced his role as “Peloton Husband.”

The stationary bike ad, which was released last month, has since garnered millions of views and almost twice as many “thumbs down” than “thumbs up” on YouTube.

Titled “The gift that gives back,” the ad shows a man gifting a Peloton cycle to his wife for Christmas. The wife is elated to receive it. She live streams her cycling workouts for a year, and as the couple sits down to watch her compilation of clips in their living room, she eagerly awaits his approval.

“A year ago, I didn’t realize how much this would change,” she says.

Sean Hunter, who plays the husband and appears in the ad for a total of 10 seconds, initially reported hearing positive reviews.

“My acting coach messaged me after seeing the video and said that I looked great!” he told Psychology Today. “We shared a positive discussion about my part in the commercial and her advice helped in my endeavor of becoming a better actor, as I hold her opinion highly. A few comments from my friends came in and the overall consensus was that it was awesome.”

But that all changed after the ad gained traction on social media and was blasted by critics who said the storyline had sexist messaging.

Sorry to shake things up but I'm excited to announce I'm throwing my hat in the ring and joining the presidential race and running on the single issue platform to jail everyone involved in the pitching, scripting, acting, shooting, and approval of the Peloton ad.

“Reviews from my friends stopped as the video went viral … My 5 seconds of air time created an array of malicious feedback that is all associated with my face,” Hunter continued. “My friend texted me today declaring that I’m ‘a symbol of the patriarchy.'”

Hunter, who is also an elementary school teacher, was featured in a number of #PelotonHusband memes.

Just want to point out that at the end of the #pelotoncommercial #pelotonwife is so happy #pelotonhusband is smiling and approving of her many workout videos. She doesn't have to sleep in the dungeon tonight. pic.twitter.com/g8uYaVpuAU

He told Psychology Today he’s worried that the memes will have “repercussions” for his career as an actor and teacher.

“I currently sit here hoping that I’ll be able to continue auditioning for commercials without any taint, and that if my students happen to find the commercial and recognize me, they won’t think about me any different than they already know me,” he said.

He might be expressing concern, but he’s definitely still digging the attention. He named his Instagram account @PelotonHusband. In his latest post, shared around the same time as the Psychology Today article, he even joked about the ad, saying, “Who would have thought my wife and I would be in so much controversy!” he wrote. “Wish I kept the receipt 🤔”

Peloton has reportedly lost $1.5 billion in value since the ad went viral.