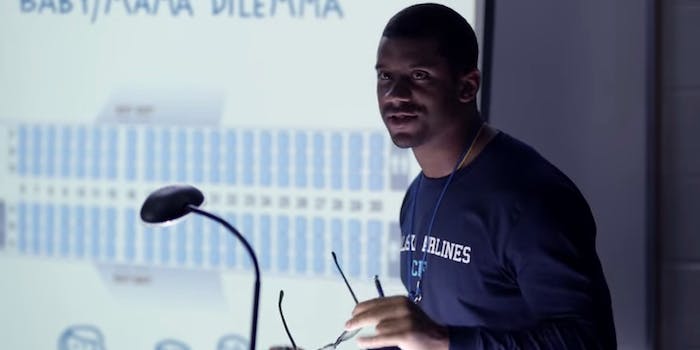 It's not particularly well-written. But it's a must-read.

With his new online publication, The Players’ Tribune, Derek Jeter wants to provide athletes a platform for the biggest names in sports to provide filter-free analysis directly to fans.

“I do think fans deserve more than ‘no comments’ or ‘I don’t knows.’ Those simple answers have always stemmed from a genuine concern that any statement, any opinion or detail, might be distorted. I have a unique perspective. Many of you saw me after that final home game, when the enormity of the moment hit me. I’m not a robot. Neither are the other athletes who at times might seem unapproachable. We all have emotions. We just need to be sure our thoughts will come across the way we intend.

So I’m in the process of building a place where athletes have the tools they need to share what they really think and feel.  We want to have a way to connect directly with our fans, with no filter.”

The newly retired New York Yankees shortstop made good on his promise Thursday, tackling the ever-growing NFL domestic abuse scandal by tapping Seattle Seahawks quarterback Russell Wilson to be a senior editor. The 25-year-old has had a busy year, with a Super Bowl win and a shocking divorce announcement, but he jumped right into the biggest controversy in pro sports.

Wilson’s first post, entitled “Let’s Talk About It,” starts off with a bang. Literally.

“I used to beat people up. Truthfully, I used to beat people up a lot. Many of you readers probably think I have been Mr. Goody Two-Shoes my whole life, but honestly, I was a bully growing up. In elementary and middle school, I threw kids against the wall. I rubbed their heads in the dirt at recess. I bit them. I even knocked teeth out.”

The “goody two-shoes” rep stems from his deeply religious persona, which he references in the following paragraph. He tweets a Bible verse daily, and even when he announced his divorce from his wife of two years, Ashton Meem, back in May, he remained tight-lipped about the causes behind it. Even in the face of rumors that Meem cheated on him with fellow NFL player Golden Tate, he kept his eyes to the sky.

So that’s why his admission of being a violent youth is particularly surprising, and makes for an intriguing start to the work that Jeter and the folks at Legendary Entertainment are hoping to accomplish.

“As NFL players, we do not play a gentle game. But our hits, our anger, our aggressive behaviors need to be regulated and confined to the field. Recent incidents of domestic violence have forced The League, its fans and the players to take a hard look into our collective conscience. To be honest, many NFL players are reluctant to address such a sensitive issue. How do you fix a problem so big and complex? How do you speak about something so damaging and painful to families?”

Active NFL players not directly embroiled in the domestic violence scandal have been largely quiet on the subject since it erupted with the release of the Ray Rice tape in August. Roger Goodell and company have somehow managed to keep active players at bay, and though Wilson’s column isn’t specifically damning to any of his fellow players, it seems like somewhat of a grand gesture in the right direction.

In the column, he announces the formation of the Why Not You Foundation, which encourages people to “Pass the Peace” in support of domestic violence victims. When you “Pass the Peace” to a friend, Wilson asks that you make a $2 donation or more to the the National Domestic Violence Hotline. You can do this by texting “WNYPassThePeace” to 41444.

He ends his inaugural column with this:

“I can’t fix the world. I can’t fix the NFL. I can’t change the guys around me.  The only person I can change is the one in the mirror. I’m not a perfect person by any means. I’m just a recovering bully. But if we start being honest about our pain, our anger, and our shortcomings instead of pretending they don’t exist, then maybe we’ll leave the world a better place than we found it. For those of us in the NFL, there’s no excuse for violence off the field.”

Is this the most groundbreaking piece about domestic violence? Probably not. Is it particularly well-written? Not really. But the fact that a player at the peak of his career is willing to stand up, even just for a moment, for not just women but for human beings, is perhaps a sign that advocates, victims, and concerned fans just might be getting through.