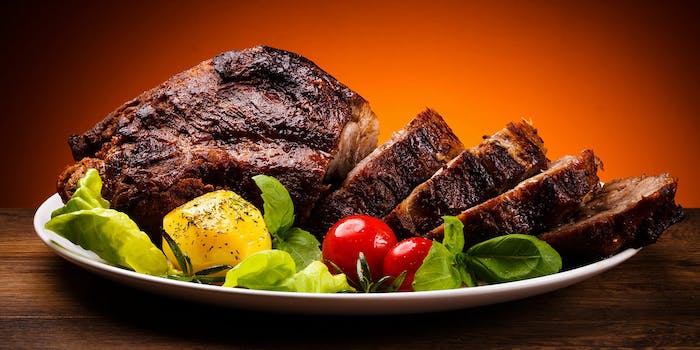 If 'mushing' people's food on Instagram is wrong, who wants to be right?

There’s absolutely nothing wrong with taking pictures of your food and posting them to Instagram. It would definitely be rude to destroy those pictures right as they’re being snapped.

That said, there’s something extremely hilarious about this dude mushing people’s food right as they go to take a photo of their plate.

It’s mean. It’s unnecessary. It might even be a crime.

But the look on people’s faces just might be worth it.

The video has already been viewed over 200,000 times on Instagram, and people seem to have mixed reactions.

Surely the victims of this prank have done nothing wrong. They are innocently trying to share a well-lit photo of their meal with their friends and family when a man (perhaps a stranger, perhaps a soon to be ex-friend) comes in and smashes it with a fork.

What makes it so funny? Maybe it’s a visceral reaction to people over documenting life. How often have we all been at a concert, or some other event, when people chose to record what’s going on through their phone rather than enjoying what’s happening right in front of them? Although it’s their choice to make, there’s something inside of us that cringes.

Yes, smashing someone’s food and thereby ruining a perfectly good food pic is over-the-top and uncalled for. Yes, he’s a jerk. But is he also a hero? History will decide.