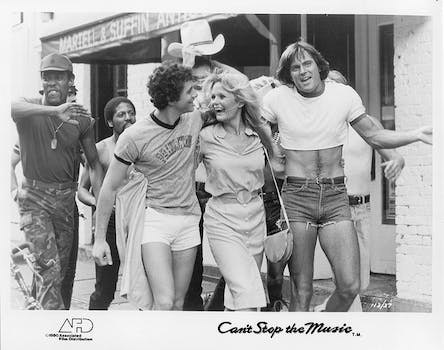 After Google cut off a Reddit-linked music service, the social news site's community rallied to save it.

When Google cut off an online music service’s financial lifeline earlier this week, its organizers turned to the only place they knew for help: Reddit, the social news site.

And just hours after the post went live they found a surprising new sponsor: the administrators of Reddit.

The site, Radio Reddit, streams original music composed by redditors. It distinguishes itself further through its close integration with Reddit’s karma scores for users’ contributions—votes on Radio Reddit count towards the musician’s karma on Reddit.com—but it’s fully independent of the Condé Nast-owned website.

True, Google has big plans in the music space, but Radio Reddit hardly seems like a threat to the search-engine giant. Given its focus on Reddit users’ own contributions, Radio Reddit avoids the tough licensing questions that have dogged other music websites.

Erik Martin, Reddit’s general manager, said the site’s admins still weren’t sure what, exactly, they would do to help out. They might host the site on their server or help foot the bills, for instance.

But one thing is for sure, Martin said: They’ll do whatever it takes to keep Radio Reddit going.

“We really get excited when redditors take their community and make a third-party site or application,” Martin said. “Radio Reddit’s done a really good [job] of integrating some of the key parts of Reddit … in a new way that you couldn’t have done on the Reddit site proper.”

As for Radio Reddit’s independence? That won’t change, Martin said.

“We want to help them and not get in their way,” he said.

Reddit admins have supported other third-party efforts in the past, including Reddit Gifts, which they host on their servers, and Alien Blue, an iPhone app, to which they provided licenses and technical help.

Radio Reddit’s organizers said they had no idea why their Google Adsense account was banned.

“They did not give us specifics and pointed us to a generic page when we asked for details,” wrote Sean Mulanax, one of the site’s organizers, in the post on Reddit.

“The reddit admins have always been very supportive of us since they caught wind of our project,” Mulanax wrote in an email to the Daily Dot. “It is very exciting for us that they will be helping us out.”

Before the admins stepped in, other community members had already offered their own help. Redditor larwk offered to donate $100, or about a month’s worth of server costs. A number of others downloaded the $1.99 Reddit Radio iPhone app. (A redditor at Google also offered to help, Mulanax said — but that ultimately fell through.)

And many others suggested switching to Project Wonderful, an online advertising service. That site is run by another redditor, and he approved their application almost immediately.

“See,” Mulanax wrote in reply. “This is why we made this post. Awesome people always show up to help out.”