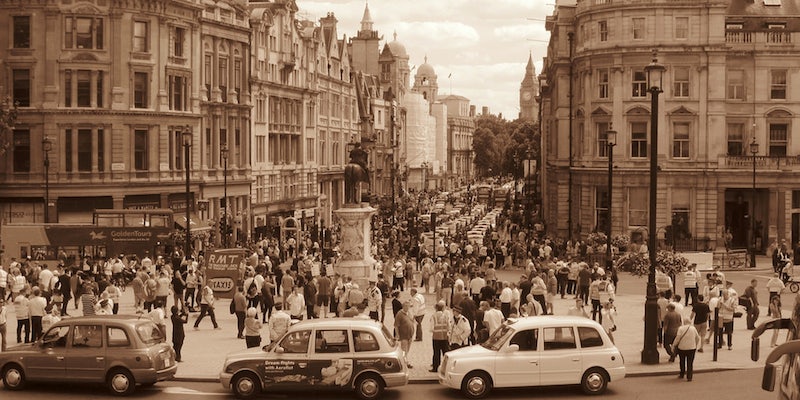 7 reasons you shouldn’t use Uber

Next time, call a taxi instead.

Open your phone, call for a ride—all without having to talk to a taxi dispatcher, or anyone, since you can message a request directly to a nearby driver. Uber and its ilk have become cultural sensations across the U.S., where the sharing economy combined with growing misanthropy (why talk to a human when you can use your phone?) have collided to create an ideal niche market for a luxury car service that’s cheaper, faster, and much more pleasant than your typical taxi.

But it hasn’t been smooth sailing for Uber of late. The shine is wearing off, and a buffer cloth won’t do the trick when it comes to rehabilitating the company’s image.

1) You could contribute to unfair competition.

A German court just ruled that Uber cannot operate in Germany until a hearing that will determine whether the app constitutes unfair competition—an issue that has plagued Uber across multiple continents. The ruling specifically targets Uber Pop, the low-cost version of the service, without covering the more expensive Uber services. It’s not the first time Uber has been slapped with the threat of fines and an order to suspend operations. In Brussels, drivers have been warned off with fines for picking up fares, and the firm has been sued by taxi drivers in cities like San Francisco.

Not everyone, it appears, is having an uber-fun time with the expansion of ridesharing. Meanwhile, the service has promised to ignore the court ruling, as it has done in other locations when it comes to passing restrictions down to drivers. The plan might backfire, as Germany has a low tolerance for corporations that step out of line.

2) You could get into the wrong vehicle.

Stories broke across the U.S. this summer as innocent non-Uber drivers reported that strangers were hopping into their cars when they were pulled up to curbs or stopped in what customers mistakenly believed were pickup locations. The lack of clear markings on Uber cars (in contrast with rival Lyft) made this a common problem, as customers didn’t always look closely to make sure the “pickup” car matched the description provided.

3) You could get kidnapped.

One thing that hopefully won’t happen to you in a cab: A kidnapping that includes a high-speed chase across state lines, as happened to Ryan Simonetti. Being a regular Uber user, he thought he knew what to expect when he hailed a driver in D.C., but he got sucked into a lot more than he bargained for when a taxi inspector stopped his driver. It all went downhill—at high speed—from there, leaving him shaken by the experience.

4) Your kidnapping might come with a side of sexual assault.

As though being kidnapped isn’t bad enough, an Uber driver picked up a drunk customer and then drove her to a hotel to assault her. Many people heading out for the night count on cabs as a safe ride home in the event they get tipsy, and the thought of not being able to trust a car service is deeply troubling. While Uber suspended the driver immediately, the case raises larger questions about personal safety for Uber customers. In the cab industry, background checks are extensive, and Uber boasts a similarly robust system, but is it enough to keep sexual assaults out of the Uber network?

5) You could be victim-blamed.

When in doubt, blame the victim! A representative for an Uber driver accused of sexually assaulting a woman who had fallen asleep in the back of his vehicle indicated that he suspected the woman had lied about the incident when informing the press that his client would be pleading not guilty. It’s not the first time Uber drivers have been charged with rape, and in most cases, drivers are then “deactivated” from the system, according to Uber spokespeople, which conjures up a rather dystopian image of where those drivers end up.

So much for that background check. An Uber driver in San Francisco with a criminal history was accused of assaulting a passenger after an argument that culminated in the passenger being kicked out of the car and attempting to take a picture of the places. In addition to hitting his passenger, the driver subjected him to some choice racist and homophobic slurs. The case highlighted the weakness of the “zero tolerance” policy at Uber, thus raising questions about every driver who works with the platform.

7) You could be a baby-killer.

Hyperbole, maybe, but not so much: A driver in San Francisco failed to yield to Sofia Liu, killing the 6-year-old in a crosswalk. California is a pedestrian right-of-way state, so the driver was required to wait for the girl and her family to cross by law, not just common decency. Uber, however, denied responsibility, claiming that because the driver was an independent contractor, they were not liable for his actions—even though he was logged in and actively ready to receive customer requests at the time of the incident.

Bonus: You could be making the market less free.

Passengers might be safe the majority of time with Uber despite a few standout incidents, but the same isn’t true of other ridesharing services. Competition is fierce on the open road, and Uber is notorious for its underhanded tactics. Is the market really free when companies are using highly dubious methods to dominate it?

Ridesharing services are clearly not disappearing any time soon, as they’ve become an essential part of American culture, and the sharing phenomenon has spread too far to rein back in. However, Uber’s problems illustrate the flaws in trusting strangers and relying on the corporate managers of a sharing platform to protect users from potentially dangerous operators. For firms like Uber, the cost of defending lawsuits and dumping drivers who attract negative attention is far lower than the cost of ensuring that drivers are safe with tools like actual enforcement of background checks and video monitoring of drivers to ensure integrity.

45 countries offer Uber in at least one city. The U.S.-grown sharing economy approach is spreading globally, and with it, the problems that accompany it. On the surface, the ability to set your own hours, make your own living, and create your own business might be highly appealing for many, but they come with a dark side. In Uber’s case, that dark side is a high potential risk for passengers if they get in the car with the wrong driver.

Germany’s decision in part reflects the nation’s protectionist economy and the desire to ensure that German businesses thrive (one reason the country has weathered the recession better than some). It may also be part of the increasing backlash against the rise of startups like Uber, which disrupt traditional economies in negative, as well as positive, ways. Using a ridesharing service might be an innovative way to change the transportation landscape, but it’s also, passengers have learned, a great way to endanger themselves, too.