We intercepted a Facebook chat between Sarah Palin and Donald Trump

It goes down in the DM.

Editor’s note: These screengrabs were forwarded to us by an anonymous source. Are they real? Of course not. But they may as well be. 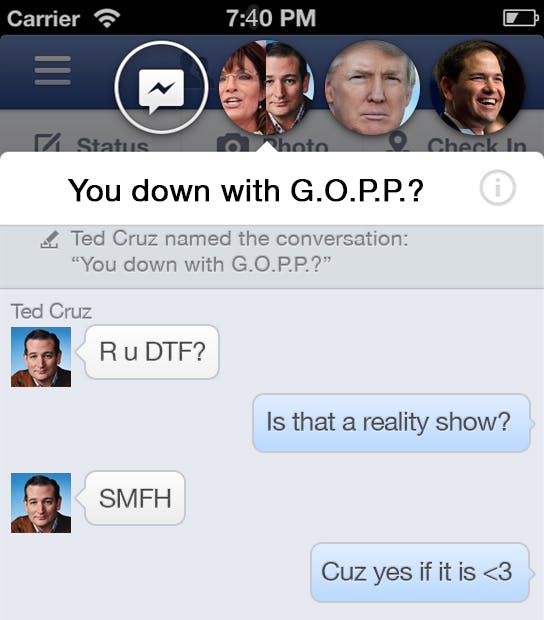