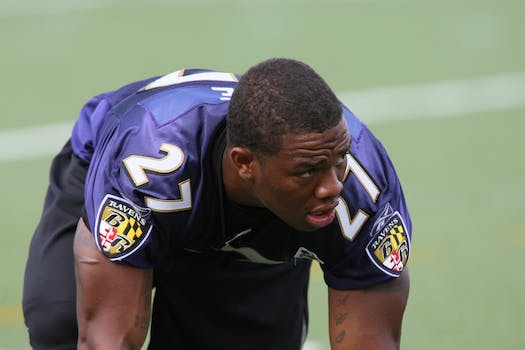 Here's disturbing video of the attack that earned Ravens running back Ray Rice a two-game suspension.

The couple appears drunk and verbally argumentative as it retreats into the elevator. Once inside, Rice responds to what looks like an elbow shove from Palmer by punching her squarely in the face. As she charges toward him, he punches her again in the face. Palmer falls and appears to lose consciousness when her head hits the elevator’s metal handrail.

The violent abuse took place at the Revel Hotel and Casino in Atlantic City, N.J., which has since closed. TMZ obtained the additional footage from an ex-employee.

Rice opened the NFL season Sunday with a two-game suspension connected to this domestic violence. He also enjoyed a standing ovation from the home fans last month during his preseason debut.

Previous footage of the incident only showed Rice dragging an unconscious Palmer from the elevator. NFL commissioner Roger Goodell responded to overwhelming criticism over Rice’s comparatively paltry two-game ban with heavier sanctions for domestic violence that include a lifetime league ban upon a second occurrence.

Rice can expect even more social media backlash in the wake of the new footage.

#Ravens fans, this is what you gave a standing ovation to. Despicable. https://t.co/7MOdm3tk7d

Now we know for sure. Ray Rice is a monster, Roger Goodell is a fool @TMZ_ Video) https://t.co/C9swTnK21H”

I truly hate y’all now. #RayRice @nfl RT “@Ravens: Janay Rice says she deeply regrets the role that she played the night of the incident.”

The only thing more disgusting than that Ray Rice video is that you needed to see a video.