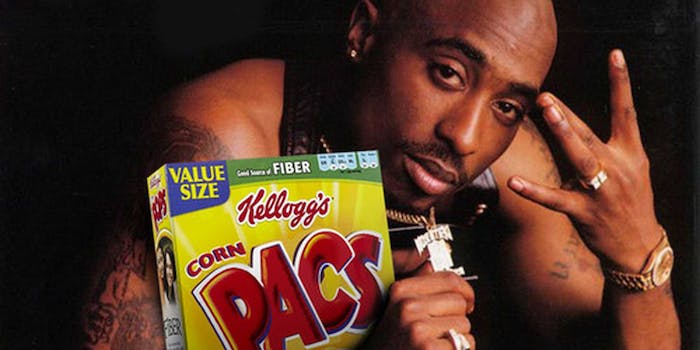 From Snoop Loops to 2 Grainz, you'll wish these products were actually available for part of a balanced breakfast.

Rappers & Cereal is exactly what it sounds like: Photoshopped images that pair hip-hop’s greatest—and Macklemore—with some of the most popular breakfast brands found at your local grocery store.

Despite the site being more than a year old—it was launched in April 2012—the creator behind this single-serving Tumblr has only posted a few doctored images, uploading these bizarre and brilliant collections about as often as Dr. Dre releases albums.

In order to encourage the mastermind behind “Rappers & Cereal” to up his or her Photoshop game, we’ve compiled our 10 favorite amalgamations and added our nomination for the likely product jingle or a fun fact about the brand. 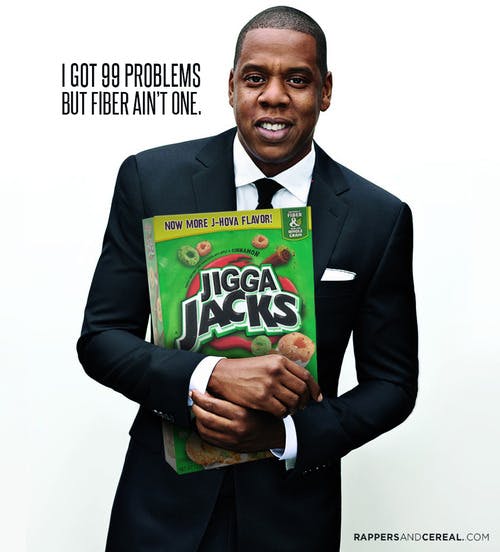 Your waiter taking too long with your damn croissants? Pour yourself a bowl of Kanye Chex. We hear this is a top seller among Hampton spouses. 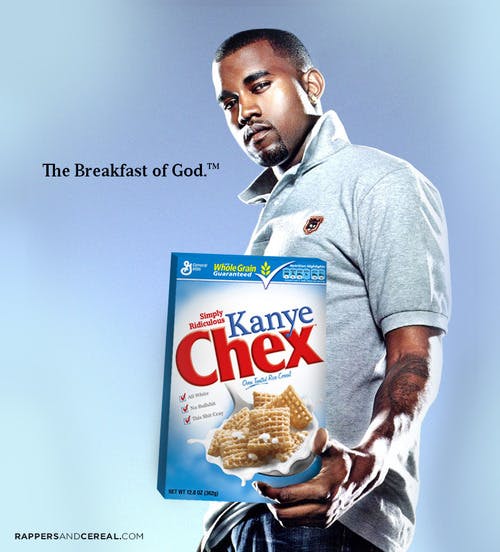 Despite being discontinued since 1996, Corn Pacs is still one of the top selling cereals on the aisles. 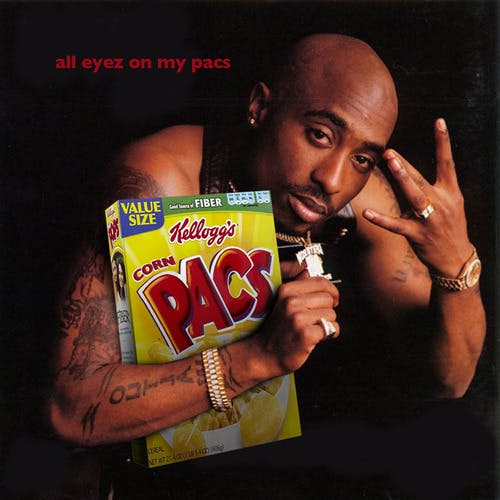 Much like Wu-Tang, this cereal is for the children. 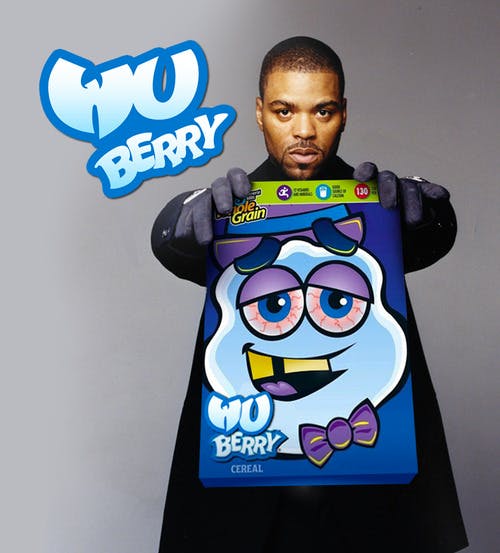 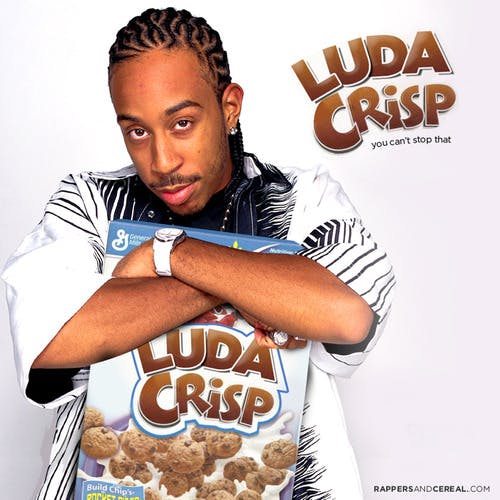 Snoop Loops is the snack that they gave me. 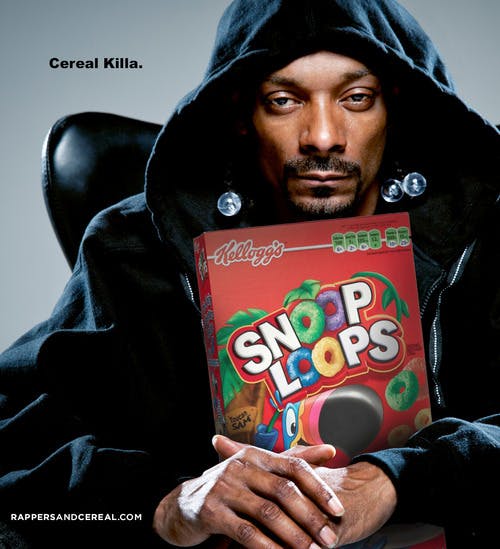 We got big spoons, been graduated from knives. 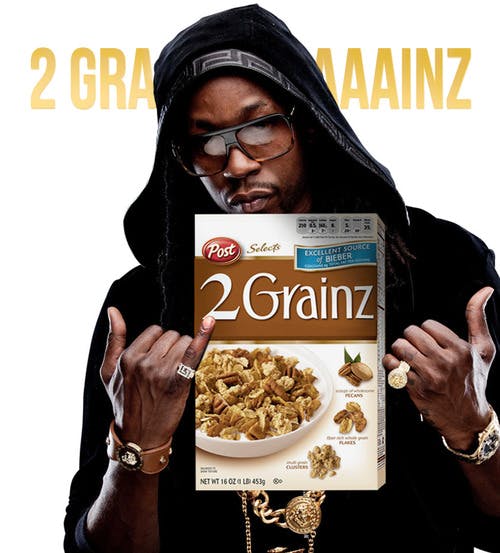 Anything less than the best is a felony. 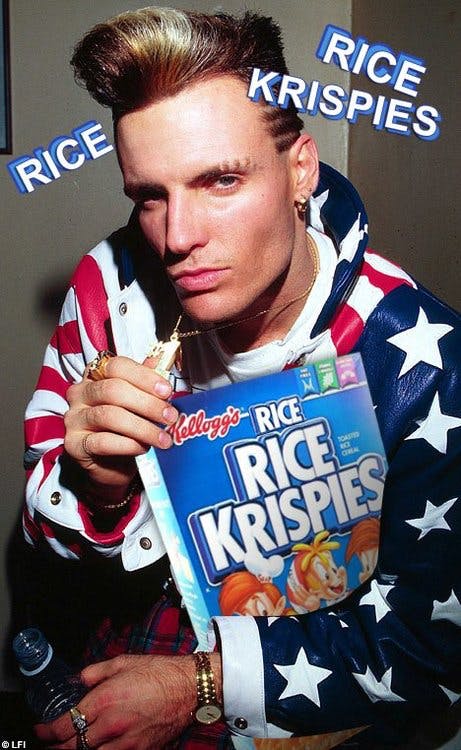 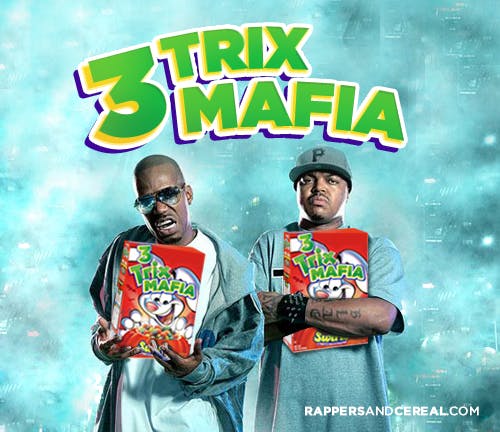 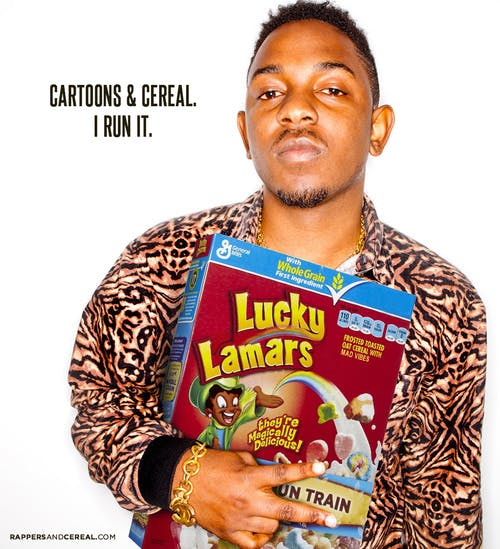