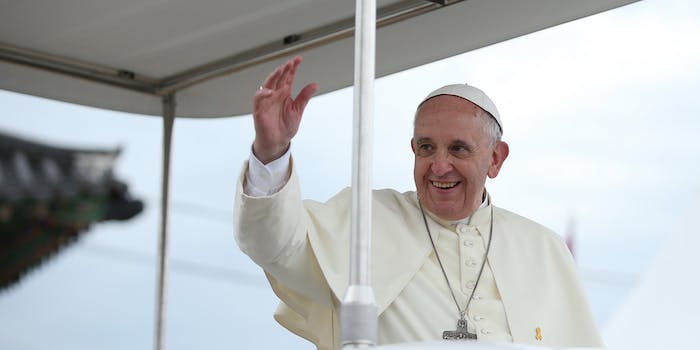 Next time, assume the best rather than the worst.

In a comedy of errors that will surely be remembered by St. Peter at the gates of heaven, an Italian man hung up on Pope Francis twice because he thought he was being pranked.

Pope Francis called Franco Rabuffi twice on Monday attempting to comfort the Rabuffi, who had fallen sick. Francis is known as the Cold Call Pope because he sometimes surprises people in need with a “just checking in” phone call.

When the first two calls came in, however, Rabuffi thought he was being targeted by pranksters, so he hung up. The third time was the charm, though, as Rabuffi finally began to believe it was the real Pope giving him a ring.

Rabuffi subsequently apologized to His Holiness for his mistake.

It seems it’s true what they say: God comes calling at the most unpredictable times.