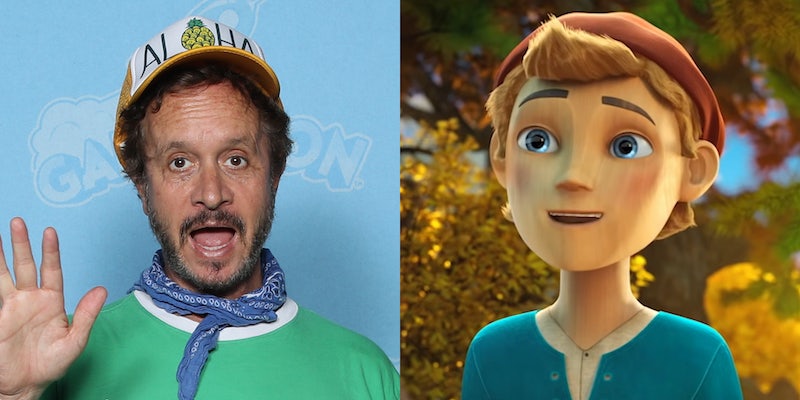 Pauly Shore jumps in on the ‘Pinocchio’ TikTok trend

Shore addressed the 'yassification' of Pinocchio.

Pauly Shore has gone viral on TikTok, a sentence no one who saw Bio-Dome could have anticipated.

The 54-year-old comedian and actor stars in the upcoming animated film Pinocchio: A True Story, as the voice of Pinocchio. When the trailer debuted in late January, people did a double-take when the boy first speaks and says, “Father, when can I leave to be on my own? I’ve got the whole world to see.”

The delivery is odd, especially the way he elongates “owwwn.” But if you know Shore’s delivery, it’s spot on. The issue was, people couldn’t believe Pauly Shore was voicing Pinocchio. Adding to the confusion is the fact that both Guillermo del Toro and Robert Zemeckis have Pinocchio films slated for later this year. (Also, people confused Pauly Shore with Pauly D.)

Once it moved to TikTok, a slightly different interpretation of Shore’s Pinocchio started circulating. Last week, Lionsgate posted the audio to TikTok, with the caption “the yassification of #pinocchio.”

Shore, who was apparently equally confused as to why he was cast as Pinocchio, told Rolling Stone that he wanted the character to be “silly and wacky and young and fun,” referencing Robin Williams’ “childlike” energy.

Shore jumped in on the trend earlier this week, doing his own dub of the audio. The TikTok has more than 1 million views. He told Rolling Stone that he’d love a chance to take on a more dramatic role, like Simon Rex did in Sean Baker’s Red Rocket: “Every comedic, goofy kind of actor is always looking for that.” As for Encino Man 2, it’s still “just chatter on the internet.”