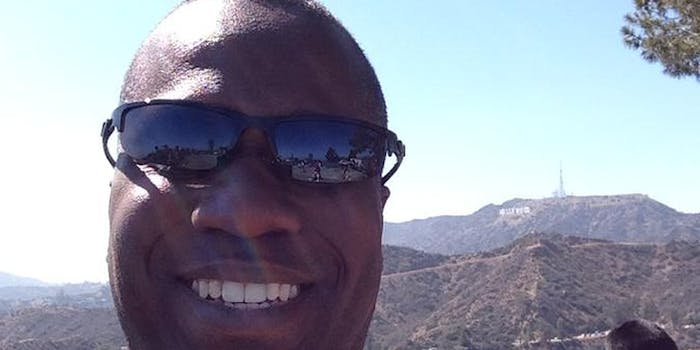 The ‘other’ Darren Wilson speaks out as Ferguson shooter is named

This isn't the officer you're looking for.

The hacktivists of Anonymous had already outed the wrong man as responsible; Jackson’s comments were obviously meant as a clarification that would prevent reprisals against anyone falsely accused of the killing. Even so, there was another wrinkle—the rest of the Internet.

Now we enter the period where people misidentify which Darren Wilson they’re talking about by using Google and Facebook. Don’t do that.

Searching “Darren Wilson” did yield a strange result: an African-American sergeant with the St. Louis Metropolitan Police and president of the Ethical Society of Police, the self-described “conscience” of the department. In that capacity, he’d spoken openly about race relations.

The odd coincidences didn’t end there: Wilson had been the target of a racist internal letter last fall. “You black [expletive],” it read. “We want you out of our station. We want your black [expletive] dead. [Expletive] your medals. If an aide call comes out for you WE WON’T RESPOND. KILL YOURSELF [expletive] OR WE WILL. Respectfully, South Patrol.”

The Darren Wilson described by Jackson, however, has been with the Ferguson department—not St. Louis police—for six years, while Sgt. Wilson is an 18-year veteran of the St. Louis Metro department. He issued a statement on Facebook in the hopes of heading off any confusion or vigilante action: 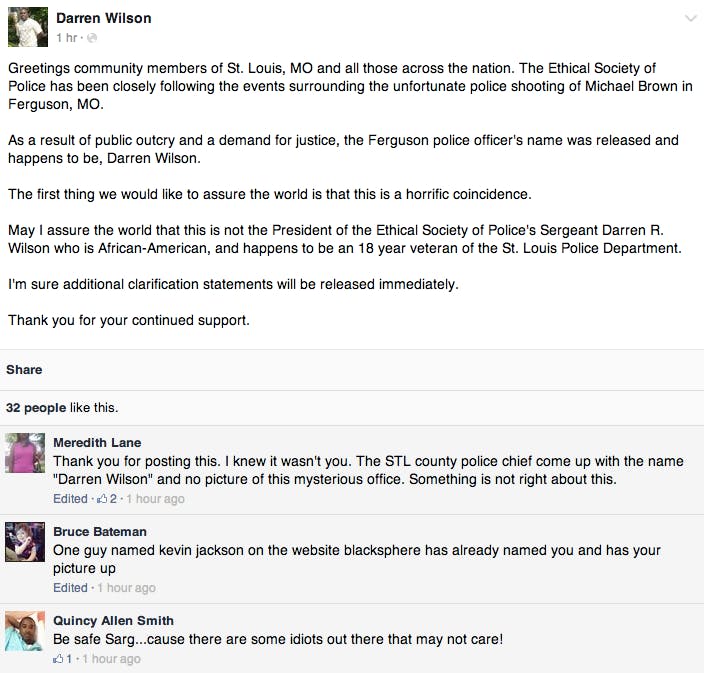 Despite this Darren Wilson’s best efforts, it will take more time for the dust to settle, and for the public to understand just who was involved in Brown’s death. In the meanwhile, Twitter’s top autocomplete suggestion for a “Darren Wilson” search is the word “black,” and a tense bafflement has set in.

Darren Wilson, what’s he look like? cause it sounds like the name of one of the three black officers Ferguson has on their force.

Chin up. Darren Wilson gives us a chance to have a National Conversation on black-on-black crime.

is darren wilson white or black

“What’s in a name?” Shakespeare once asked. Guess we just found out.