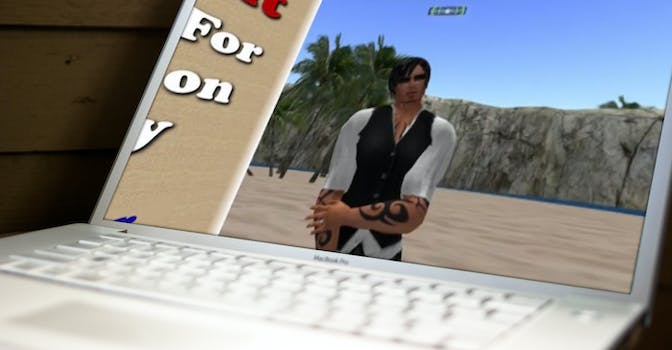 "Daniel, what is wrong with you?"

Over the last decade, the virtual world known as Second Life has amassed over a million regular users, from Bronies to sexual deviants to religious worshippers. These niche communities generally don’t bother people outside their orbit, which makes them far more tolerable than the “griefers,” the trolls who only join Second Life to harass people who take it seriously.

In the video below, a redditor gets a rise out of a middle-aged man who wants to unload some beachfront property and thinks he’s found just the noob to buy it. As the man’s frustration with the uncooperative, idiotic “Daniel” mounts, laugh-out-loud moments abound. It’s hard to pick a favorite part: The man’s assumption that anyone using Google Chrome is from another country? His repeated enunciation of the phrase “the green box”? Or his explosive anger when Daniel can’t click said box correctly?

If you want to see more animated avatars lose their cool, check out the home invasions of Charlie Winsmore’s hilariously naïve “Esteban,” or “Britbong” asking for donations in a wheelchair, or GeneralMinus’ attempt to debate a staunchly anti-Obama voter. With characters like these at large in the game, the only true escape would be Third Life.

Photo via Robert S. Donovan/Flickr (CC BY 2.0) and via Virtual Experiences/YouTube | Remix by Fernando Alfonso III