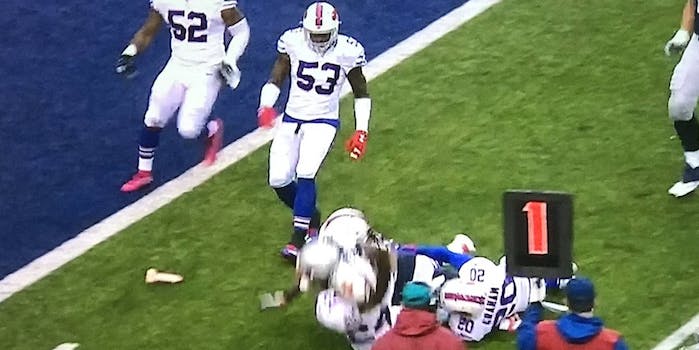 And Gronk got his 69th touchdown. Nice.

Or Bills fans just think the Pats are all dicks. At least they didn’t play themselves like Browns fans.