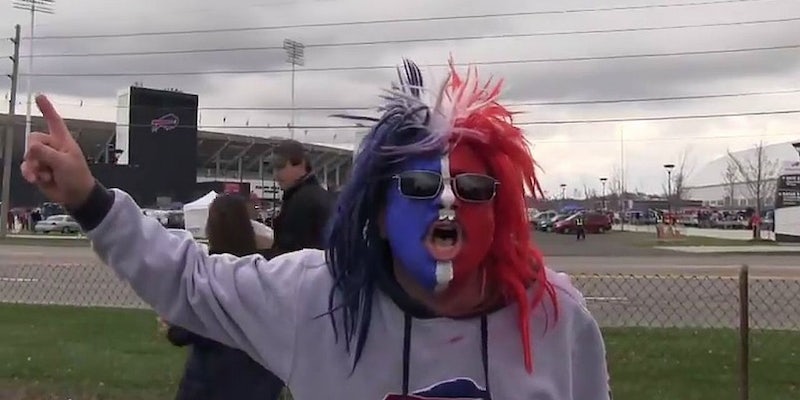 Witness his humiliation and pain.

After an exciting Sunday of action in Week 1, it’s now official: The NFL is back. And now so is the questionable decision-making that goes along with imbibing too much during your pregame tailgate party.

Like this dude in Buffalo, who drinks something alcoholic out of a Wiffle ball bat (points for creativity!) and spins around 10 times as if he’s participating in a dizzy bat race. Then, the grand finale.

Witness his humiliation and pain.

That probably did not feel great. But the good news: The dude appeared to be so drunk that, at the time, he probably didn’t feel a thing.