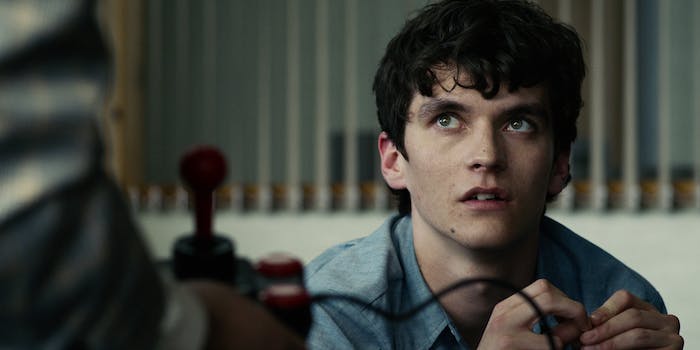 Back in 2019, Netflix named Fortnite as one of its key competitors, ranking it above HBO. So it’s no surprise that in addition to fighting the streaming wars, Netflix now plans to compete with video game producers as well.

Netflix is officially expanding into the gaming market, hiring former Facebook and Electronic Arts executive Mike Verdu as the brand’s VP of game development. At EA he worked on games like Star Wars: Galaxy of Heroes and Plants vs. Zombies 2, while at Facebook he oversaw Oculus Studios, which develops virtual reality media.

According to Bloomberg, Netflix’s first games could arrive within the next year, appearing on the Netflix platform alongside typical streaming titles. This makes sense because it would be extremely complicated for Netflix to create a brand new distribution platform, but it also limits the type of games that Netflix might release. Arguably, the streamer already made its first forays into gaming with the Black Mirror‘s choose-your-own-adventure episode “Bandersnatch” in 2019, which combined a traditional viewing experience with the interactivity of a visual novel.

As a massive international brand that’s yet to turn a profit, Netflix is constantly looking for new ways to expand its subscriber base. In recent years, this has involved prestigious Oscar bids and expansions into overseas markets. It’s also included more offbeat projects, like Netflix’s in-house fashion brands.

Netflix is clearly willing to throw money at potentially attention-grabbing experiments, but shifting into video games is an especially interesting risk. Audiences don’t associate Netflix with gaming, but if the brand can produce a hit game, then this would put Netflix ahead of streaming competitors like Amazon and Disney+.