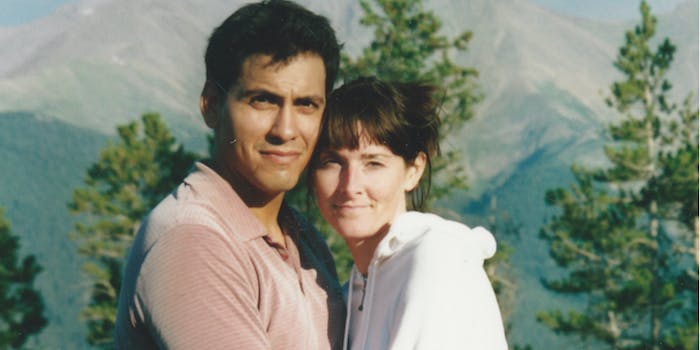 The Netflix reboot of 'Unsolved Mysteries' is already drawing out new tips and theories.

The return of Unsolved Mysteries is providing new fodder for internet sleuths, and an episode exploring the 2006 death of Rey Rivera has been especially fertile ground. But the “significance” of one popular fan theory has been shot down.

Terry Dunn Meurer, co-creator of the Netflix reboot and the original series, which first aired in 1987, addressed a Reddit theory about a note Rivera, a struggling screenwriter, left behind. She told Entertainment Weekly the note—which references David Fincher’s 1997 film The Game, as well as The Matrix, Eyes Wide Shut, and several M. Night Shyamalan films—didn’t really feel like a clue. Rivera’s wife, Allison, “doesn’t place any significance on the movie The Game,” she said. “Rey liked a lot of different types of movies. He was just a guy who was interested in everything. If he had only ever left just that writing or if it was the only thing he had ever written randomly, then people would be a little bit more suspect. But this is what he did all the time.”

While some commenters on the Reddit thread suggest the note, which was found taped behind Rivera’s computer, appeared to be a “tone reel” or something related to screenwriting, the theory about The Game took off. Rivera had taken a job at a financial firm in Baltimore at the behest of a high school friend, Porter Stansberry. According to a “colleague” who was staying at the Rivera home in May 2006 while Allison was on a business trip (and who, curiously, is never interviewed in the episode), Rivera took a phone call and abruptly left the house one evening. His body was later found in an empty conference room at the Belvedere Hotel, leading police to assume he jumped from the top of the hotel and fell through the roof of the room below. But, as the series and Reddit thread posit, the physics of that jump are fairly impossible.

In The Game, Michael Douglas plays a wealthy but miserable executive who’s duped by his brother, and other participants involved in the “game,” into believing that his life is slowly unraveling. In a final scene, he jumps off the roof of a hotel and crashes through a glass roof below. The similarities are intriguing, and other parts of the note led commenters to allege he was playing out some version of The Game himself. The case is further complicated by the fact that Stansberry allegedly put a gag order in effect for the whole company after his death, and three employees of the firm were the ones who “found” Rivera’s body. The episode doesn’t get into Stansberry’s possible motives or the dodgy financial issues the company faced at the time. The company is now called Stansberry Research, and last week a spokesperson denied that there was ever a gag order. A 2013 Media Matters article claims that in addition to allegedly using homophobic and racist slurs on his radio show, Stansberry stoked fears of Barack Obama getting a third term and courted conservatives personalities and outlets.

Meurer says they’ve received tips about Rivera’s case as well as the 2004 death of Alonzo Brooks, which was considered a hate crime by his family but never fully investigated by local authorities. The FBI reopened the case, and a 2010 blog, Cold Case Kansas, has new comments with potential info about suspects and leads.