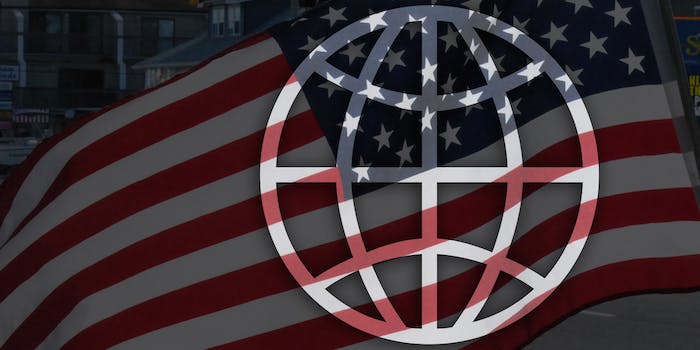 Net neutrality is more complex than its proponents want you to believe.

The Battle for the Net is asking you to join “Internet Slowdown Day,” its symbolic protest to “slow down” the Internet to raise awareness about net neutrality, the concept that all data on the Internet should be treated the same. They asserts that “Team Cable” (Comcast, Verizon, AT&T, and Time Warner Cable, only two of which offer cable) are “attacking the Internet with plans to charge websites arbitrary fees and slow any sites that won’t pay up. If they win, the Internet dies.” It’s a pretty serious charge. If the Internet died, it would be a bad thing not just for the U.S., but for the world.

But net neutrality advocates in the U.S. are only giving you part of the picture, and making the future look far more grim than it really is. We should call this Internet Reality Check Day instead.

Here are some key facts about the U.S.’s outsized role in the Internet ecosystem: Just 4 percent of the world’s population have enjoyed nearly a quarter of the world’s private broadband investment for the last decade. The Internet makes up 5 percent of U.S. gross domestic product (more than the entire GDP of Sweden, Switzerland or Israel) with digital goods and services being our third largest export. Nearly 10 percent of the workforce is employed directly in Internet economy. By 2017, half of all working Americans will likely telecommute. Thirteen of the 20 largest Internet companies are American and account for 80 percent of the sector revenue. Half of the world’s 4G/LTE connections are in the U.S. and Canada alone.

In spite of what Battle for the Net alleges, the American Internet is far greater and resilient than any four companies.

There’s no doubt that Battle for the Net paints a potent picture: The people versus “them.” But it’s a time-worn narrative that is too simple for the 96 percent of the world’s population that live outside the United States. In fact, the entire net neutrality debate may already be over: National University of Mexico professor and open Internet supporter Alejandro Pisanty observes that the Internet stopped being neutral decades ago, when it left the domain of science and academe to be a global system. Thus the search for a neutral Internet is a futile quest for “Paradise Lost. “

The Internet Slowdown petition is written to spur readers to political action, but the real world doesn’t square with its doomsday scenario. For one, if Team Cable is closing in on the open Internet, why does the Internet traffic per person in the U.S. increase every year, putting the U.S. on track to surpass South Korea as the world’s most connected nation by megabyte per person?

Battle for the Net fears a world in which broadband operators examine each packet of data that transverses the network and then bills their customers based upon the contents or origin of that packet. It’s scary stuff. Yet the kind of  “deep packet inspection” (DPI) required to do this is expensive and impractical. It’s not even known whether such a system could work in real time, let alone be deployed in a network. This is a hoax used to bolster a political campaign that comes from playbook of the culture of fear, not grounded in any real-world experience.

In any case, the notion of a user-centered system where people can connect with the devices of their choice to the content and applications they want is something embraced globally. Earlier this month, there was a gathering of thousands, including Internet activists from the developing world, in Istanbul for the Internet Governance Forum (the IGF, a working group of the United Nations). The meeting demonstrated global support for an “open Internet,” but not precise definitions or policy descriptions for net neutrality. A look at net neutrality laws around the world shows that they apply to everything from traffic management and managed services to privacy, parental controls, security, and data retention.

The most notable point raised at IGF in terms of net neutrality was the support for “zero rating,” a mobile business model in which certain content and applications (local content, e-government services, as well as popular services such as Facebook, WhatsApp, Spotify, etc.) do not count against subscription data caps.

Zero rating, as you can probably guess, flies directly counter to strict net neutrality ideals. But it’s also a great way to get more people in developing online at a lower cost.

The Wikimedia Foundation reports a waiting list of grassroots organizations requesting Wikipedia Zero, a zero-rated version of the platform designed for mobile phones. After one Nepalese man edited 6000 Wikipedia entries with a feature phone, the program was brought to Nepal. And consumers in Chile are finding legal workarounds to the law that outlawed zero rating earlier this year.

Many Internet activists and their constituents, for whom a few dollars per month for a mobile broadband subscription is a hardship, find themselves at at odds with a number of American net neutrality groups on this issue. While these emerging country activists note that the zero rating is imperfect, it is a way to drive adoption to full mobile broadband data packages and delivers access to some of the world’s most important platforms and information. Other users avail themselves to free Wi-Fi and Internet cafes when they want to go beyond the zero-rated content.

At the same time, others living outside the West are angered by the platforms of “American giants,” particularly Google, which they claim is so rich and powerful than it can acquire any would-be competitor. Hence, they propose platform neutrality to build an open and sustainable digital environment free from Google’s reaches. In another exmaple, tens of thousands of Europeans have joined a class action lawsuit against Facebook to protest what they call its pseudo-privacy settings; but in other places, Facebook is revered as a de facto platform for social justice, as local platforms are easily shut down by the government.

Many Americans, in other words, make the mistake of thinking their view and experience is universal. The IGF displayed diversity and nuance in opinion. It reflects the reality that two-thirds of the world’s population is not online, and that many face a level of government censorship and discrimination unknown in in the U.S. Retailers on Etsy, eBay, and Amazon never imagine that running an online business could put one into prison, as it can in Syria or Egypt. In Iran, where Internet penetration is less than half of the U.S., police randomly raze satellite dishes from rooftops and balconies, showing how freedom of speech across all media, not just the Internet, is an issue. On the Chinese Internet, where American competitors are routinely blocked, government and business work together to ensure that Chinese-driven innovation prevails.

In short, the open Internet debate is more complex than Battle for the Net describes. Their assertion that Title II reclassification—which would allow the Federal Communications Commission (FCC) to more tightly regulate broadband providers—is “the only option that lets the FCC stop Team Cable from breaking the key principles of the Internet we love” is not true. Their framing of the issue dismisses where the real disagreement on net neutrality has always been, namely how to ensure an open Internet experience without unleashing government monitoring of networks and citizens.

Indeed, many people embrace net neutrality but don’t want increased government control of the Internet. They fear that Title II reclassification, the framework that controlled America’s telephone monopoly for decades, gives the government too much power. It’s ironic that same groups that were outraged by the National Security Agency (NSA) scandal only a year ago are now calling on the U.S. government to monitor users and networks under the guise of keeping the Internet open and free.

We can support an open Internet without resorting to heavy handed government regulation. There are a range of tools that regulators have to prevent and punish discrimination that stop short of the sweeping control assured under Title II. For one, the Federal Communications Commission (FCC) can use the court-affirmed authority under Section 706 of the Telecommunications Act to deter anticompetitive behavior.

Even through the Section 706 option, however, telecom regulation is designed to manage the behavior of firms, not to protect individuals. Even though the FCC attempts to act in the “public interest,” that goal is poorly defined and rarely delivered. Real net neutrality should be part of consumer—not corporate—law. Moving net neutrality to the Federal Trade Commission would likely reduce lobbying power not just of companies but of groups supporting Battle for Net, and it would put the issue within the agency that has the expressed mission to protect consumers.

The FCC, which is currently considering a new net neutrality proposal, is in the midst of deciding the future of America’s broadband providers. If ever there was a time for operators to block and interfere with networks, it is now. But interestingly enough, they have not. All 1.1 million comments to the FCC on net neutrality, whether sacred or profane, were delivered. Anyone who submitted a comment can confirm its presence on the FCC’s website. It’s a testament to the fact that even with no net neutrality rules in place, broadband providers are not interfering with the open Internet as Battle for the Net purports.

To have a serious discussion on the open Internet, there should be a focus on facts, not platitudes. That an Internet Slowdown campaign can be widely marketed online reflects the fact that America’s Internet is becoming more open, not less.