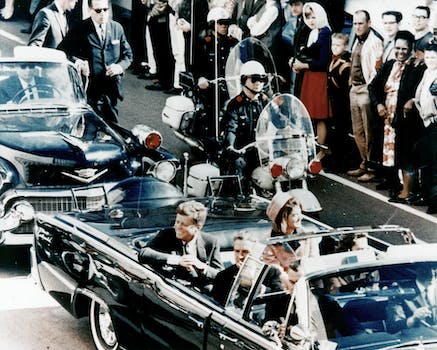 “We all have seen the images of JFK’s assassination, but what did it smell like?”

Death is a mysterious thing. What happens after we shuffle off this mortal coil? Is there anything after?

The Museum of the Image in Breda, Netherlands, can’t answer these questions about mortality, but if you visit the museum, you’ll be able to smell the same things that celebrities smelled in their final moments on this planet. Thanks to the work of Dutch scientists who should probably have directed their energy and brainpower elsewhere, you can lie in a metal box and experience the olfactory sensations associated with a number of high-profile celebrity deaths.

“We all have seen the images of JFK’s assassination, but what did it smell like?” said Avans University of Applied Sciences professor Frederik Duerinck, asking a question that virtually no one is interested in answering.

The boxes in the museum are “rigged with pipes leading to bottles containing pressurized smells,” according to the Canberra Times. Each box can simulate a single death experience for five minutes. Visitors have their pick of John F. Kennedy; Diana, Princess of Wales; Muammar Gaddafi; and Whitney Houston.

Photos of the boxes, from both the outside and the inside, are available at News.com.au.

To simulate Whitney Houston’s bathtub death in a Beverly Hills hotel in February 2012, her box plays “sounds of splashing water and Houston’s voice” and exudes “a whiff of generic cleaner, used in hotels around the world, followed by the olive oil the singer used in her tub.”

The inclusion of Muammar Gaddafi, who ruled Libya with an iron fist from 1969 to 2011, is particularly striking. The Canberra Times talked to one museum-goer who experienced his death, 31-year-old Riks Soepenberg, who said, “You can watch the pictures as many times as you want—it’s just not the same thing. I almost felt myself being hunted.”

If there are aliens looking down on humanity from space, this is just the latest evidence indicating that we are not ready.