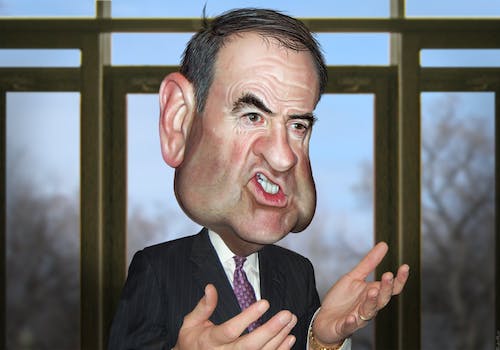 You can have black, gay, or Jewish friends and still be a racist bigot

Mike Huckabee used his gay friends as a 'Get out of Jail Free' card, but the Internet knows better.

Prospective Republican presidential candidate Mike Huckabee is well-known for his opposition to same-sex marriage and other LGBT rights causes, so recently he decided to protect himself from accusations of bigotry by relying on a popular fallacy. “People can be my friends who have lifestyles that are not necessarily my lifestyle,” he insisted. “I don’t shut people out of my circle or out of my life because they have a different point of view.”

Make no mistake about it: This is the “I can’t hate ___ because some of my friends are ___” argument, and regardless of which prejudice it’s being used to cover, it is never valid. In response, Twitter collectively rolled their eyes at Mike Huckabee. The Internet knows better.

Some of my best friends are gay: #MikeHuckabee. Sigh.

Mike Huckabee just gave the "some of my best friends are gay" speech?

Oddly he might really have gay friends & social conservative views.

Online, the main takeaway from Huckabee’s comments has been that his theologically-based assertion that homosexuality is a choice. “Former Arkansas Gov. Mike Huckabee said that being gay is a lifestyle choice that doesn’t appeal to him,” wrote Daniel Politi of Slate in characterizing the erstwhile governor’s remarks, “just like drinking alcohol or using profanity.” Laura Bassett of the Huffington Post emphasized how Huckabee’s views put him at odds with a majority of young Republicans, observing that “he opposes gay marriage for religious reasons.” On the subject, Huckabee said, “This is not just a political issue, it’s a biblical issue. It’s like asking somebody who’s Jewish to start serving bacon-wrapped shrimp in their deli.”

Huckabee’s reminder that he can be friends with anyone, even those he believes are going to hell isn’t just difficult to believe; the time-honored “Friend Argument” is also a logical fallacy. As the Rational Wiki explains,

It is one of the easiest ways to try to worm out of accusations of prejudice. The thinking is that someone cannot be prejudiced if they have friends of that demographic; if they had a real prejudice against a full group, then none of them would be okay to hang around. In a rather absurd example, someone can cite a specific example that excuses their general behavior—for example: “How can I be a misogynist? I love my mother.” Or, in an even more absurd example: “I’m not sexist. After all, all of my girlfriends have been female.”

As gay rights has marched forward in the past decade, politicians and other politically influential public figures with anti-gay stances have relied on this reasoning to avoid being labeled as bigots. Back when he was the Christian Right’s champion in the 2012 presidential election, Rick Santorum bragged to CNN’s Don Lemon that he had been hanging out “with a gay friend of mine just two days ago.” Pastor Rick Warren, when confronted with his anti-gay history after being chosen to deliver the invocation during President Barack Obama’s first inauguration, was unable to limit his defense to his church’s work fighting AIDS; he also insisted, “I have many gay friends. I’ve eaten dinner in gay homes.” The Internet was not impressed.

The “But some of my friends….” line is hardly limited to LGBT politics. When Al Smith encountered fierce opposition to his presidential candidacy in 1928 because of his Catholic background, one of the leaders of the anti-Catholic movement against him infamously told the Associated Press, “Understand I am not a foe of the Catholics. Some of my dearest friends are Catholic.” Nine years later, when Hugo Black’s nomination for the Supreme Court was threatened by revelations that he had been involved in the Ku Klux Klan, he defended himself by saying “Some of my best friends are Jews,” a line that Bradford Plumer of the New Republic identifies as the one which made this particular excuse famous in America.

By 2009, Virginia gubernatorial candidate Bob McDonnell was using a variation of it in campaign ads that deflected attention from his graduate thesis (which argued that having women in the workplace was “detrimental” to the family) by focusing on his daughter, Jeanine, an Army lieutenant in Iraq. The thinking was that McDonell can’t have misogynistic views about women’s roles in society; after all, his daughter is in the military!

If there is one group that has been on the receiving end of this reasoning especially often, it is African Americans. When former Seinfeld star Michael Richards became embroiled in scandal after screaming racial epithets at hecklers in 2006, he practically quoted Justice Black by saying that some of his “best friends were African Americans.” After being criticized in 2010 for using a slur in her talk show, conservative pundit Dr. Laura Schlesinger defended herself by also pointing out that she had black friends. Two years later, when Donald Trump faced allegations of racism for becoming an outspoken proponent of birtherism, he unconvincingly claimed, “I have always had a great relationship with the blacks.” Justin Bieber’s Twitter followers have long defended his history of racism by reminding us that he loves black people.

how do people dare calling justin Bieber "racist" when 95% of his friends are black? 😩

"Justin bieber is a racist! He hates black people" Me: 99.9% of his friends are black #MTVHottest Justin Bieber

Justin Bieber isn't racist, okay? 99% of his friends are black 😒

How can Justin Bieber be racist if he has black friends?

The same way serial killers can have friends who are still alive.

“Racism is more about your ideas and your actions than about who you are or who you know,” explained Braden Goyette of the Huffington Post after a viral video last year captured an upstate New York woman racially harassing an African American. “Racism is deeply engrained in our society, and we’ll all probably end up reflecting that society in some form unless we actively acknowledge it and push back against it.”

Noliwe M. Rooks of Time elaborated on this by pointing to recent research on the subject. “[W]hen scholars have studied the racial beliefs, feelings and policy views of whites who have contact with blacks as friends, acquaintances or neighbors, they consistently find that the negative racial perceptions of those whites are substantially similar to the perceptions of whites who have no black friends,” he wrote, “Friendship with black people—and even being a black person—does nothing to change racial bias. Indeed, almost one-third of black people hold similarly negative views.” 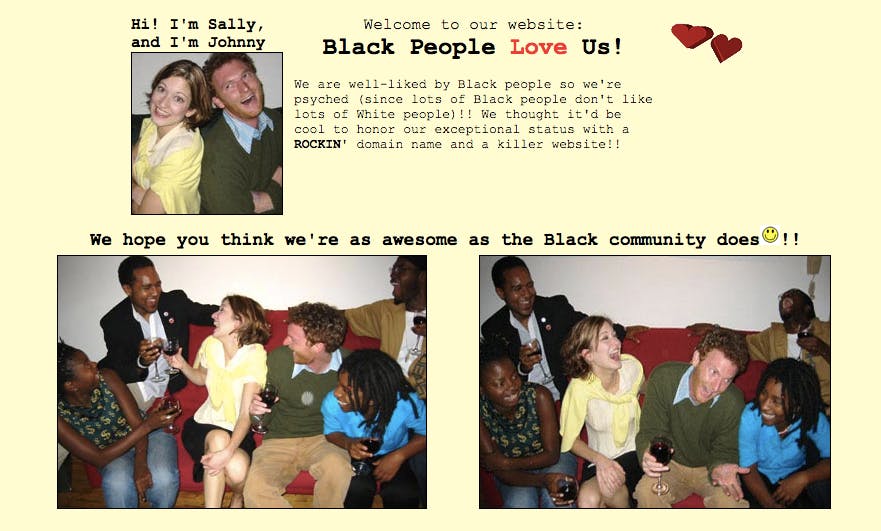 As the research shows, people are capable of believing something negative about a larger group while still believing individuals within that group are “exceptions” or, at the very least, not part of the problem. Even if one grants an alleged bigot the benefit of the doubt and assumes that his or her friendships aren’t cynical attempts at tokenism, it’s possible to have genuine affection for someone in a group to whom you are negatively predisposed without shaking your broader philosophy.

Perhaps the best way to illustrate this point is through a historical anecdote. In the same vein that prompted Black to disclaim his own anti-Semitism by saying that some of his best friends were Jewish, auto magnate Henry Ford—whose newspaper The Dearborn Independent introduced a number of anti-Semitic conspiracy theories to the United States, many of them still popular today—was appalled that his childhood friend, Rabbi Leo Franklin, refused to accept a free car that Ford has customarily given him each year as a gift. When Franklin explained that he couldn’t accept anything from a man who attacked Jews, Ford seemed sincerely hurt. “No, I’m not attacking Jews, I’m attacking bad Jews,” he tried to explain. “I would think you’d be supportive of that.”

If there is one crucial takeaway from Huckabee’s gaffe, it’s that those arguments don’t hold water. No one has the right to pass judgment on which members of a particular group are “the good ones” and which are “the bad ones.” Whether you’re running for president, expounding on social issues as a writer, or simply engaged in day-to-day life as an ordinary citizen, it is necessary to question your possible prejudices rather than assuming that having a diverse social circle grants you immunity from them.