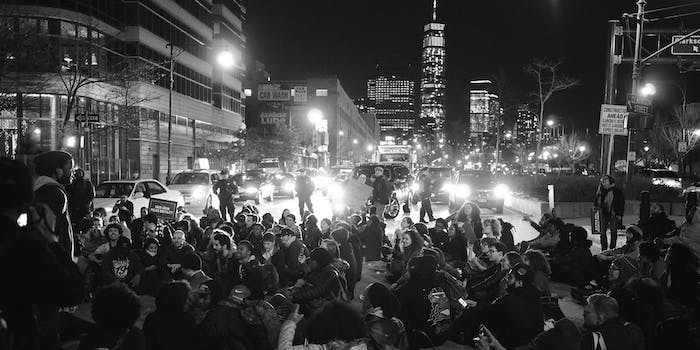 Why Michael Brown’s parents are suing Ferguson for justice

Michael Brown‘s parents announced this week that they are planning on filing a civil wrongful death lawsuit over their son’s death “very shortly.” Coming on the heels of the ongoing lawsuit against New York City by Eric Garner’s family, it’s easy to inaccurately characterize this story as a symptom of our nation’s allegedly lawsuit-happy society (although even that perception has been persuasively challenged in recent years). That said, the sad truth is that the Brown family is merely continuing a long and tragic tradition in American history: Because justice is so frequently denied to victims of racial discrimination (and their survivors) in our criminal courts, our civil courts are often left to pick up the slack.

As the National Center for Victims of Crime explains, one key difference between criminal and civil cases is that while the former requires “proof beyond a reasonable doubt,” the latter renders decisions based on a “preponderance of the evidence.” In addition, while the state controls the proceedings in criminal cases, civil suits are structured to empower the alleged victims, giving them control over whether a case will be settled or go to trial.

Consequently, as the NCVC site puts it, “most crime victims have the right to file a civil lawsuit seeking financial compensation from the perpetrator or from others whose unreasonable conduct gave rise to conditions that allowed the crime to occur.”

This is why racial justice advocates have used civil courts for so long to redress their legitimate grievances. Indeed, one of the reasons the NAACP rose to prominence during the mid-twentieth century (particularly under the leadership of Walter White, who served as executive secretary from 1931 to 1955) was that it insisted on using lawsuits as a mechanism for asserting the civil rights of African-American victims of racial persecution. Because it recognized that the strict evidentiary standards applied to criminal cases were being used as an excuse to deny justice to victims of lynching and other forms of discrimination, the NAACP provided legal aid and organized class action lawsuits as an alternative approach to receiving justice.

The precedent established by the NAACP more than 80 years ago has been continued long after the heyday of the civil rights movement in the 1950s and 1960s. Although the Los Angeles police officers who brutally assaulted Rodney King in 1991 were acquitted the following year—an act that provoked the infamous Los Angeles race riots of 1992—King was ultimately awarded $3.8 million from the city government in a 1994 lawsuit case (three times as much as he had been offered by Los Angeles to settle out of court). Similarly, almost five years after an unarmed immigrant named Amadou Diallo was shot 41 times by police in the Bronx, the decision by Diallo’s family to go ahead with a lawsuit eventually pressured New York City into a $3 million out-of-court settlement.

These are only two examples—and they, in turn, only apply to suits pressed on behalf of specific individuals. Class action cases, or lawsuits that allow a large number of people with a common interest to sue or be sued as a group, also have a notable track record of success. Perhaps the most significant class action lawsuits in American history were those filed by the NAACP on behalf of black schoolchildren and their families against segregated school districts in Kansas, South Carolina, Virginia, and Delaware in the early 1950s; these eventually culminated in the Supreme Court decision that eliminated segregation, Brown v. Board of Education.

Once again, this precedent continues to be applied: In 2010, the ACLU launched an effective class action suit against the State of Arizona for passing state laws that invited racial profiling, while in January 10 former McDonald’s workers filed their own lawsuit against the corporation holding it responsible for alleged acts of racism and sexism on the part of its franchisees.

Of course, there is an inherent tragedy in the fact that civil lawsuits have been the historic recourse through which oppressed minorities seek justice in this country. The injustices suffered by victims of racist oppression— whether schoolchildren denied access to quality education during the segregation era or non-white men disproportionately targeted for violence by law enforcement—are fundamentally criminal.

When all is said and done, the primary function of a criminal justice system is to clearly delineate that certain acts are so deplorable (e.g., murder, rape, theft) that individuals who commit them will be forcibly removed from society as a consequence. Although civil settlements may compensate the wronged parties for the suffering they’ve incurred (at least to the extent that money alone is capable of doing such a thing), they aren’t enough to send this necessary message.

What’s more, civil lawsuits present plenty of challenges of their own. The procedures for filing a civil rights lawsuit, for example, are very complicated, sometimes intimidatingly so for potential plaintiffs. In addition, the threat of having one’s character or the character of a loved one assassinated in a public setting can be a significant disincentive, as indicated by the threats made by George Zimmerman’s family against Trayvon Martin’s parents when faced with the prospect of a lawsuit. Finally, and most importantly, civil lawsuits are expensive; while the Constitution guarantees every criminal victim their theoretical day in court, no one is assured the right to sue if they feel their civil liberties were violated.

At the same time, it is ultimately laudable that the families of Michael Brown and Eric Garner are using the civil court system to bring about justice in those cases. While financial settlements may not send precisely the right message to those who would violate the civil rights of racial minorities, they at least partially alleviate the pervasive sense that those violators can act with total impunity. Hopefully, as city governments continue to issue large payouts to the victims of systematic racism, they will decide that the financial cost of allowing injustice to continue outweighs the reactionary desire to maintain a racist status quo.

Photo via ChristianMatts/Flickr (CC BY ND 2.0)