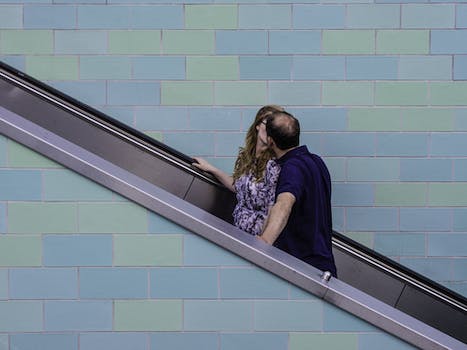 What's the appeal for men in faking the single life for online dating?

Why do married guys pretend to be single online? The obvious answer, I guess, would be for sex. But as a sex therapist I can tell you it’s often not so straightforward.

Rosemary Counter’s first-person account “A Craigslist Missed Connection Lure” in a recent New York Times “Modern Love” section is a pretty good example of how deeply irrational these things can be.

She meets a man through Craigslist who treats her better than any man has ever treated her before. Tentatively at first, then with gathering conviction, she begins to accept this gift from the universe in the form of a man who seems to want nothing more than to take care of her.

Day by day she begins to trust him. When he offers one day to pick her up from work, she recalls, “Nobody had ever picked me up or cared how I’d get home, so I happily accepted.”

Ten days into the most satisfying relationship of her life, a friend confronts her with the fact that she knows next to nothing about him. When she asks him if there’s anything he needs to tell her, he bursts into tears and reveals that he’s married, with one child already and another on the way.

It’s puzzling that a married man would lie on Craigslist and romance a young woman, knowing he’s going to eventually break her heart. But there are lots of men doing this online.

Some married men who make believe they’re single online are like compulsive gamblers borrowing money to use at the gambling table, knowing they’ll never be able to pay it back.

Who are they, and why do they do it? Some married men who make believe they’re single online are like compulsive gamblers borrowing money to use at the gambling table, knowing they’ll never be able to pay it back.

It requires a particular kind of mind. You need to be able to think ultra-short-term, and to keep your feelings tightly compartmentalized so long-term considerations don’t get in your way. Not many people can tolerate that kind of stress. But if you can, you’re at risk.

Still, why do it? Why hide the wedding ring and go after single women, knowing you’re just going to break their hearts?

As with compulsive gambling, some men have an insatiable need to win. They have to keep the thrills coming, or they feel catastrophically bored.

Other men, more paradoxically, seem to have an insatiable need to lose. Give them something good, like a marriage or a young woman’s open heart, and they’ll wreck it.

Mental health professionals have lots of theories why: early emotional abuse, neglect, too few good role models, too many bad ones. The stories usually involve early heartbreak—children starved for love and told they’re no good, by parents who were treated the same way.

Sometimes a dismal story of emotional betrayal echoes down through the generations, like a tale that never made any sense but just got repeated over and over.

If you’re a man caught up in mindlessly repeating one of these dismal stories, the online world lets you do it with a much wider audience. And if you’re a woman who’s badly in need of love, there are unfortunately a lot of dismal stories on the Internet waiting for you to write the next chapter.

It’s especially painful when fate takes a woman for whom “nobody had ever picked me up or cared how I got home,” and matches her up with a man who can’t stop acting out some horrible unconscious story of heartbreak from his own troubled past.

In love, as in finance, it’s unfortunately true that the rich get richer and the poor get poorer. We mental health folks know that you’re much more likely to find a genuinely loving partner if you’ve known love already.

To those of us like myself in the mental health field who make our living trying to stamp out irrational suffering, the implications are clear.

Let’s teach our children to be careful with their hearts and those of others. Let’s teach them that real relationships usually aren’t so dazzling. The real ones tend to disappoint in a gradual fashion, often from the start.

And let’s try to make sure our children don’t go out into the world too hungry for love. Let’s pick them up, and let’s care how they get home. We can’t protect them from heartbreak, but let’s make sure their hearts are well nourished at home before they go out into the cold.