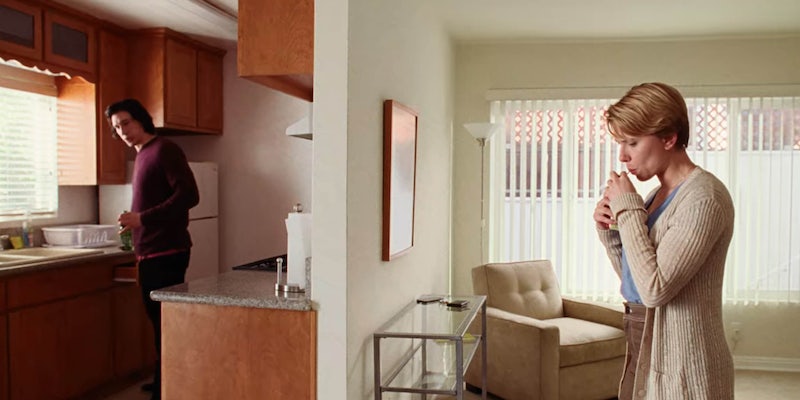 Fighting over the ‘Marriage Story’ fight scene becomes a meme

The 'Marriage Story' discourse is here.

Marriage Story, Noah Baumbach’s new film starring Scarlett Johansson and Adam Driver as a couple going through a divorce, has picked up several Golden Globe nominations and sparked a wave of positive reviews. After its Netflix release on Friday, it’s also sparked some discourse around a certain scene.

Late in the film, Johansson’s Nicole (an actress) and Driver’s Charlie (a theatre director) are alone in Charlie’s Los Angeles apartment, in the midst of a messy separation process. As they try to get on the same page about their young son Henry, the conversation gets more emotional and they say things to purposely hurt each other. On Twitter, some viewers were stunned by or related to the scene, which was posted without any context and is only a small part of the longer scene.

But others were like, no, that isn’t good acting, which created a bad-faith fight about the fight scene.

Marriage Story: A Bad Faith Criticism Exercise in Three Parts
1. Post a clip of actors screaming out of context & label it great acting
2. Jump into that person’s mentions & declare it is actually terrible acting
3. Affirm your own acting philosophy from 1 or 2

The other component of the discourse is the memes of the scene, which also feel a little odd out of context, though we’re living in the era of the American Chopper meme so our brains have been rewired.

And there were some digs at Johansson’s friendship with Woody Allen.

This movie seems too intense for me. pic.twitter.com/HKRHiBUGHf

While this out-of-context content creation is kind of the norm for Netflix releases now (if we’re measuring from, say, Bird Box to The Irishman), it’s also created a space where people will enjoy the memes but possibly not watch the film—a new kind of continuity error. But there are also now out-of-context Twitter accounts that serve that audience.

still not over this lil gem of a monologue from laura Dern#MarriageStorypic.twitter.com/mcczmhTJGG