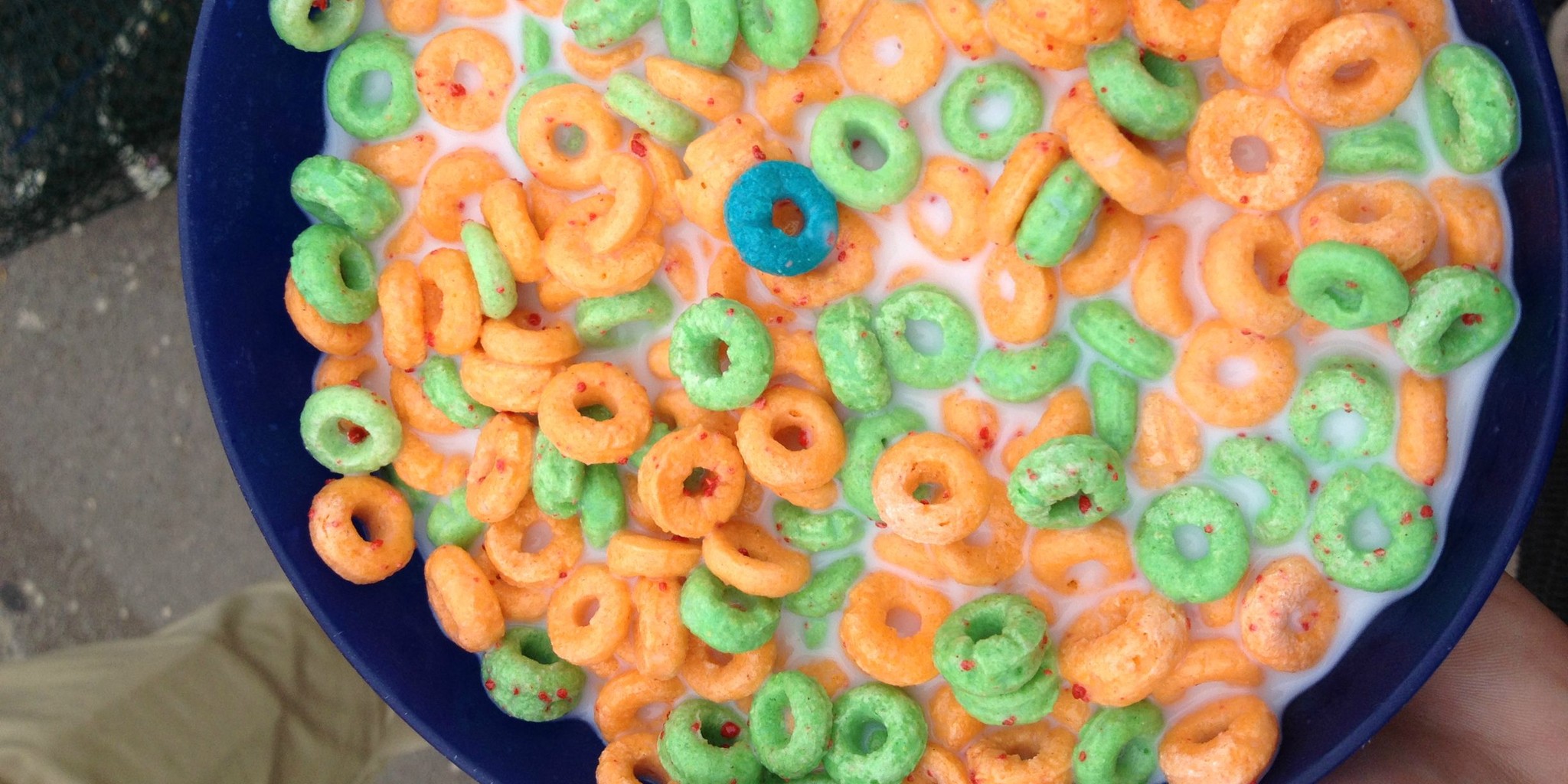 This brand has got your back.

When weird stuff happens to food, we typically turn to social media for answers. Like when people wondered where the cheese from their McDonald’s mozzarella sticks might’ve gone. Or when they looked to decode a secret message on a piece of Popeye’s chicken. This time, one guy is determined to find out why one of his Apple Jacks is blue.

Twitter user @iGeha came across an interesting addition to the orange-and-green palette for which the cereal is known. But when he couldn’t find an Apple Jacks presence on Twitter, he turned to another brand that doesn’t fall far from the tree: Applebee’s.

The neighborhood grill and bar is fairly responsive on Twitter, especially if you check out its tweets and replies. Applebee’s isn’t a brand afraid to retweet love from the masses or help clear up questions about coupons for half-off apps. Unfortunately, in this situation, they couldn’t help.

What’s more, it seems Applebee’s is used to this kind of thing.

After trying to get in touch with the Friday Night Lights-promo’d restaurant chain, iGeha got a tip that he should turn to cereal parent company Kellogg’s for answers. He wasn’t seeing red anymore. He was so vehemently angry that all he could see was blue.

Finally, Kellogg’s stepped up to the plate. They even let Applebee’s, their fruity compadre, know that they’d take care of the matter.

Don't worry @Applebees we've got this. Sometimes Blue Jacks happen @iGeha. Think of it as a limited edition Jack. DM us if you're not a fan

The answer isn’t all that satisfying, sadly—it’s not like a blue Apple Jack grants immortality or whatever. But at least iGeha got Kellogg’s attention.

And this isn’t the first time people have posted about blue Apple Jacks. There’s a 2013 post on the subreddit r/MildlyInteresting discussing the phenomena, with some possible answers as to why it happens.

Meanwhile, at least one person is skeptical about the anomaly.

Now, if somebody could now explain what was up with this Cheeto…