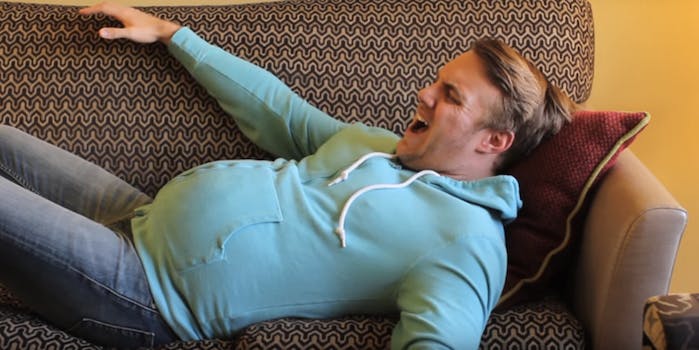 And that's just the start of it.

In today’s complex world of blossoming sexual interest, there are more kinks out there than flavors at Baskin-Robbins. And the latest genre to get some attention is the niche category of male pregnancy videos, also known as MPREG (Male Pregnancy).

Like Connor, who struggles with contractions while lying on the couch and later craves “that epidural” while giving birth.

“It’s the idea of someone dominating someone else,” he told VICE. “There is a lot of domination and submission. The vore videos aren’t about cannibalism, they’re about swallowing someone whole, which is a way of dominating them. The pregnancy thing is different altogether but the CPR series with the gut punch videos, I think there is that element happening in those videos as well.”

And the dick wants what it wants.