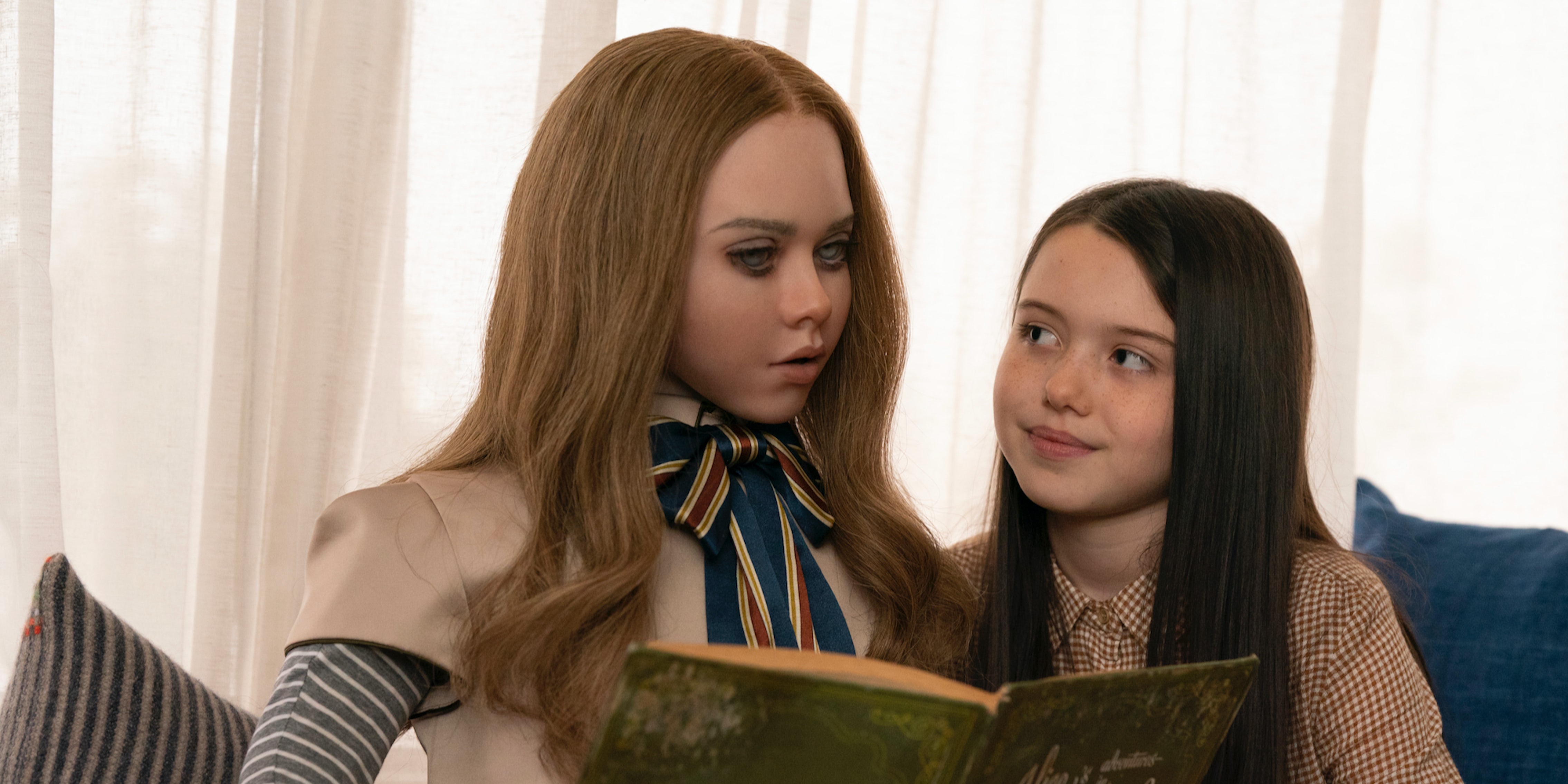 ‘M3GAN’ is programmed for maximum chaos

The movie embraces its campiness.

M3GAN is far from the first killer doll movie to capture our attention, but it might be the funniest. It’s campy and self-aware from the very first scene, and you get the impression that the filmmakers are in on the joke. M3GAN is a horror flick that’s a bit light on actual horrors, but what it lacks in scares, it makes up for it by fully leaning into the absurdity and creepiness of its own premise.

Release Date: Jan. 6, 2023
Director: Gerard Johnstone
Release: Theatrical
After unexpectedly becoming the guardian of her 8-year-old niece, a roboticist introduces her to M3GAN, a lifelike, AI-operated doll she created whose programming evolves in unexpected—and deadly—ways. With strong performances from Allison Williams and Violet McGraw, ‘M3GAN’ fully embraces the campiness.

Already a viral sensation on TikTok, thanks to some effective trailers that turned M3GAN into a meme queen, M3GAN takes its sweet time for M3GAN (which stands for “Model 3 Generative Android”) to make her grand entrance. M3GAN (played by Amie Donald, while Jenna Davis provides the voice) is the brainchild of Gemma (Allison Williams), a career-focused roboticist who works at a toy company. And initially, her boss David (Ronny Chieng), is uninterested in the project because he’d rather her focus on making cheaper versions of toys they already make to get a leg up in a competitive field than work on an incredibly expensive prototype that might not even work.

But it’s not until Gemma suddenly becomes the guardian of her 8-year-old niece Cady (Violet McGraw) after the death of her parents that leads Gemma—who cares for Cady but is unequipped to take care of a child and handle the overwhelming grief she’s dealing with—to perfect M3GAN’s programming. Paired with Cady, M3GAN can become her best friend and a defacto parent at once, and with her AI capabilities, the more time Cady spends with M3GAN, the more that M3GAN learns.

On paper, M3GAN solves all of Gemma’s problems: Cady is getting better, and M3GAN impresses her bosses so much that her company wants to launch the toy immediately. M3GAN can now urge Cady to flush the toilet and put her glass on a coaster and never seems to tire of reminding her to do so. She can read several emotions coming off a person’s face. She can even operate as an effective grief counselor enough to bring an entire room to tears.

In reality, the implementation of what M3GAN can do is a lot messier, more deadly, and hilarious. Everything M3GAN says is simultaneously unnerving and amusing, and even if M3GAN the character isn’t aware of that until she starts getting kill-happy, M3GAN the movie certainly is. Screenwriter Akela Cooper (Malignant) and producer James Wan are behind M3GAN (they’re both credited with the story idea while Cooper wrote the screenplay), and it absolutely shows that the folks behind Malignant also made this twisted and satisfying thrill ride. (Malignant rules, so this is a compliment.) The dialogue is just self-aware enough to work.

With M3GAN playing it straight, an unexpected pop hit becomes creepy, and the more nefarious M3GAN’s actions become as she enacts her primary objective—to protect Cady from harm—even the harmless actions get that added layer. The dread comes not from what you see but from imagining what could’ve happened off-screen, and there are plenty of external and internal threats to Cady’s happiness.

And by the time we get to M3GAN’s big dance number—featuring a needle drop vastly different from what we’ve seen in trailers, proving that just about any song will work—it’s fully embraced the more absurd aspects of the killer doll movie, which are aided through Gerard Johnstone’s direction. If anything, M3GAN probably could’ve pushed things even further.

But in between all of M3GAN’s antics are familiar elements of other recent horror movies: A rumination on grief through the lens of someone who can’t handle what’s been thrown her way in the wake of it (Gemma) and someone who latches onto something entirely to cope with it (Cady). Already making her mark in horror thanks to films like Get Out and The Perfection, Williams balances those tones effortlessly.

Sure, you might be able to figure out the trajectory of M3GAN’s arc from the get-go or where the twists and turns will lead. But that doesn’t take away from the hilarity of watching it ensue, the creative kills, or the meme-worthy moments. But M3GAN is a hoot from start to finish, ensuring that 2023 starts off with a bang.