He had a good run.

Alleged Zodiac Killer Ted Cruz‘s presidential campaign has been marked by meme after mocking meme. There’s a video of him eating a booger in slow motion, the time he was a high school mime, his hundred sad soup cans, and the elbow he threw at his wife after conceding to Donald Trump. Mocking Cruz is such effortless fun that it’s a shame to stop, but Samantha Bee and Full Frontal have given us the chance to get our last licks in.

So, where’s “Lyin’ Ted” now? Wherever you want him to be, frankly.

Earlier this week, Full Frontal released a blank template of a defeated Cruz slumped on the ground, inspired by this bizarre image of John Kasich cannibalizing his fellow Republicans in a nuclear wasteland of some kind. 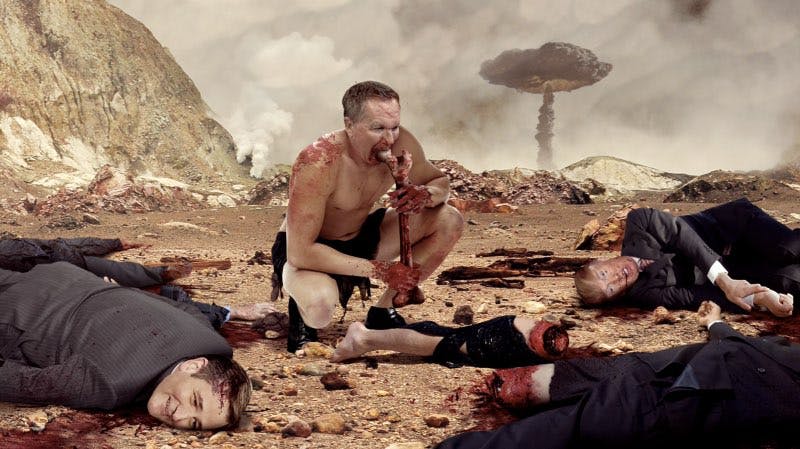 Fans of the show went to town with it.

@FullFrontalSamB #WhereIsLyinTed First time doing this kind of thing, but I couldn't pass the chance. Sums it up. pic.twitter.com/506RyeWsCo

You’ll find dozens more of these by searching the #WhereIsLyinTed hashtag. The posts that emphasize Trump’s victory are especially savage and hilarious. It’s not nice to kick a man when he’s down, but when that man is Ted Cruz, no one can resist. And Bee has articulated her reasons for disliking the man with her unique brand of comedy-tempered rage:

Just another reminder that Full Frontal is the Daily Show successor everyone was hoping for when Jon Stewart stepped down.