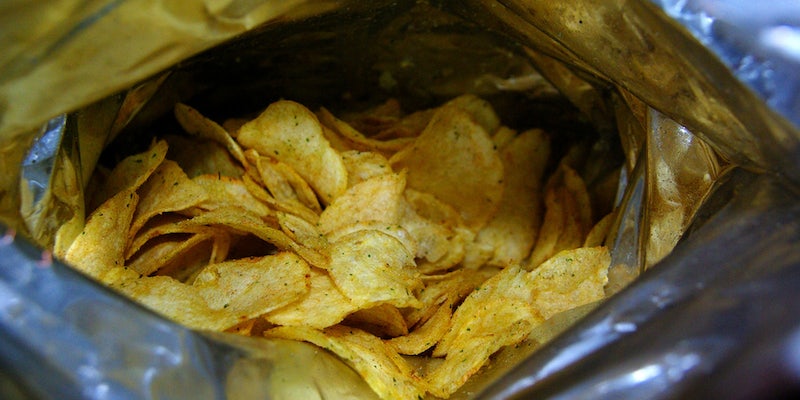 Lay’s is looking for a new flavor, and the Internet has some amazing ideas

Our mouths deserve all this and more.

It’s a classic promotional gambit: let the consumer pitch a product. Lay’s, a ubiquitous brand of potato chips, is crowdsourcing ideas for a new taste sensation in their #DoUsAFlavor campaign, with a $1 million prize on the table. Of course, for many Internet denizens, money doesn’t matter as much as a perfect opportunity to troll a brand that’s trying to make a splash on social media.

Search that official hashtag on Twitter or Tumblr and you’ll find that almost none of the entries are serious, though most are dementedly inspired. Surely I’m not the only one curious about how “Disappointed Parents” hits the palate? (“Kanye Zest” may have better marketing potential.)

be sure to vote for my flavor in @LAYS #DoUsAFlavor Contest! pic.twitter.com/WlaMenuD3W 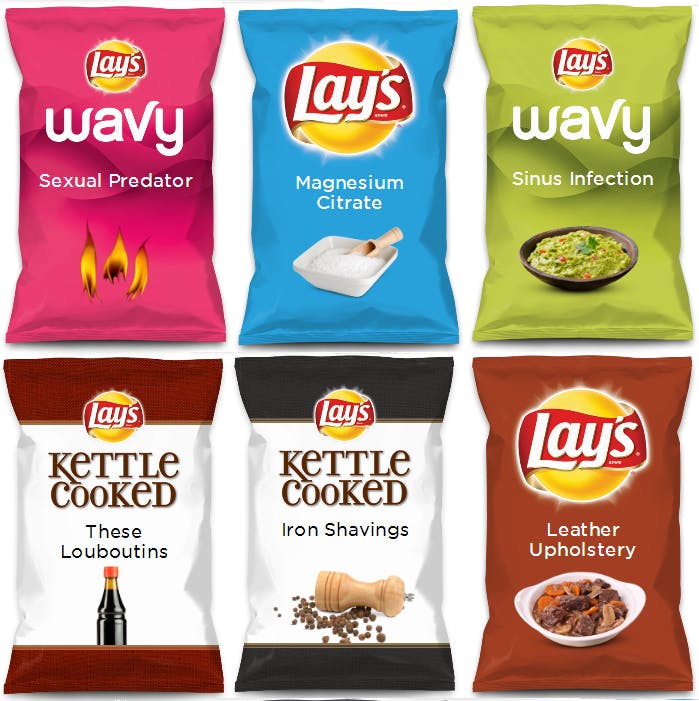 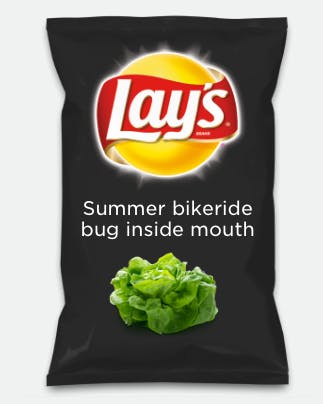 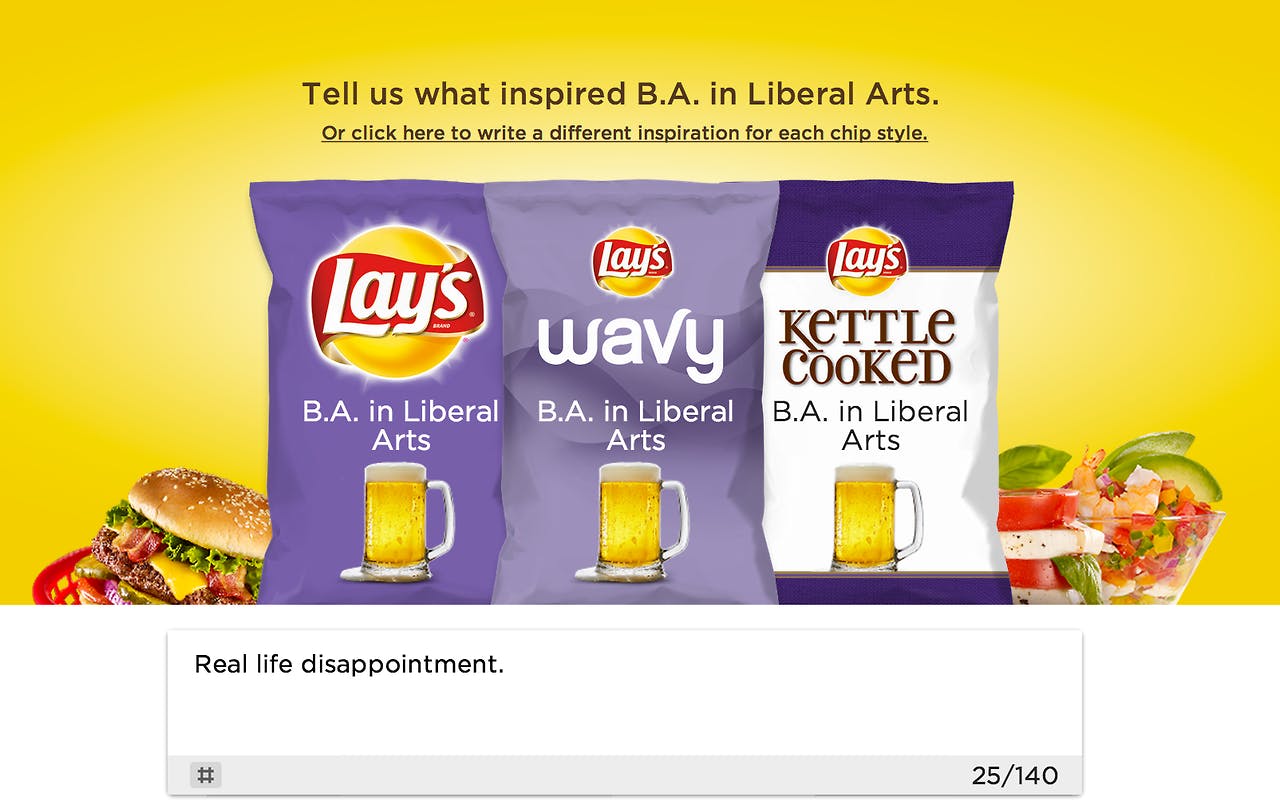 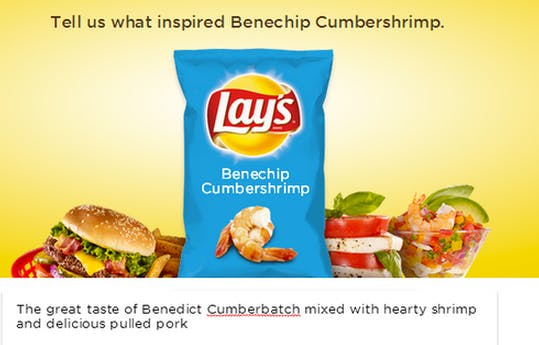 Because these aren’t just Photoshop jobs—all of them were created using the tools on the Lay’s website, and actually submitted—we’re starting to see hilarious voting match-ups like these: 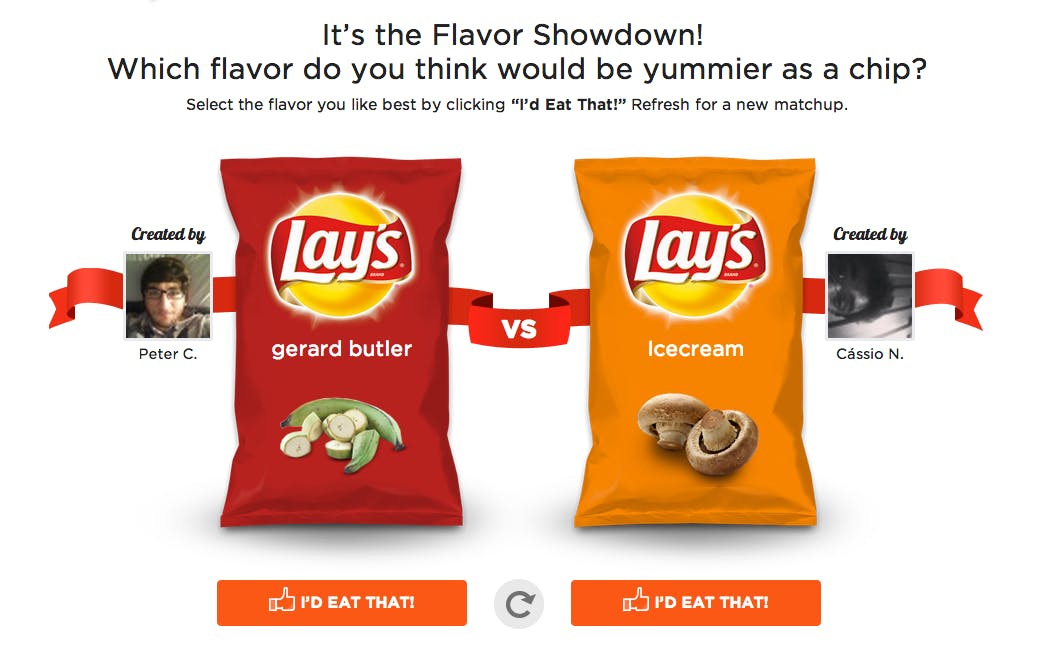 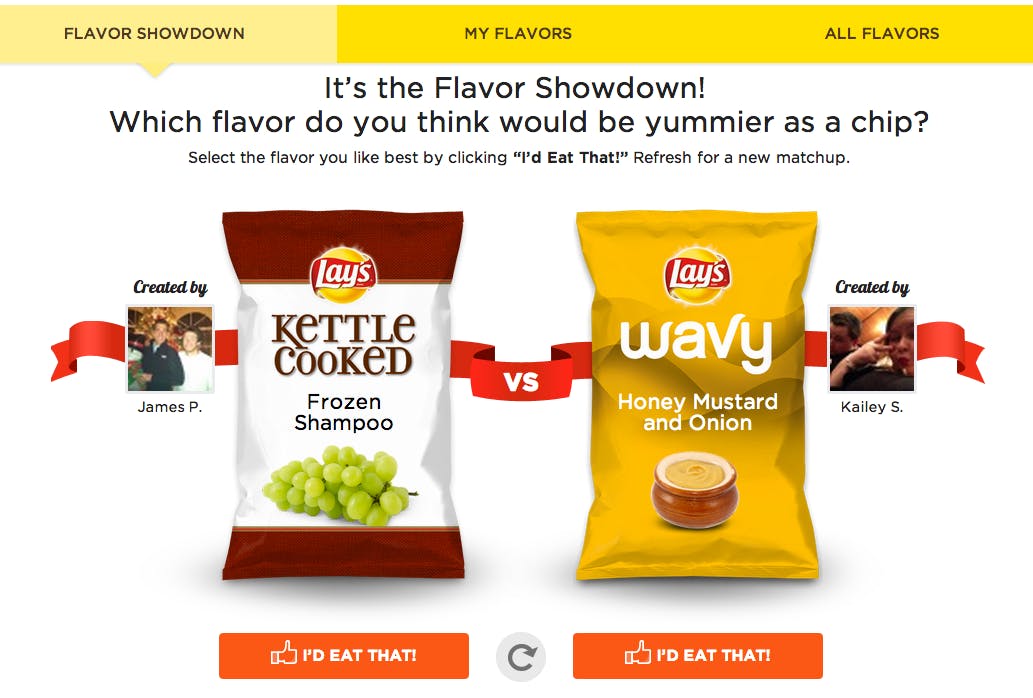 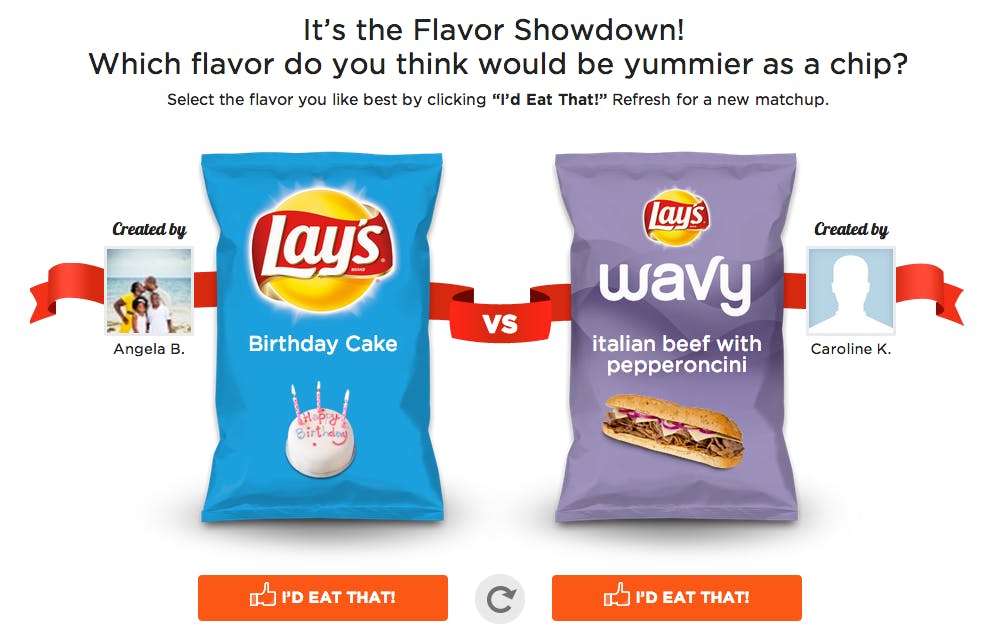 Considering that the winning flavor the last time Lay’s ran this contest was “Cheesy Garlic Bread,” it may be too much to hope that something like “Frog” or “Blood of My Enemies” comes out on top. But this is a snackocracy, and every vote counts! Until Lay’s throws out the results because we’re messing with them. I’m good with Utz crab chips anyway.