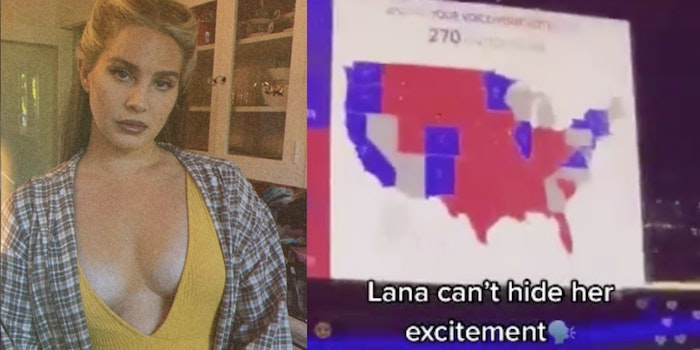 'Why is Lana Del Rey happy about the red states? Is she a T*ump supporter?'

Lana Del Rey shut down a fan who accused her of voting for President Donald Trump in the 2020 presidential election.