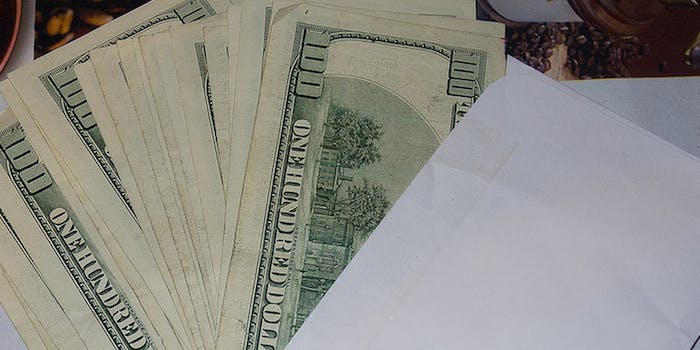 Justin Carter is out of jail.

An anonymous person stepped forward to post a half-million-dollar bail for a teen jailed over a Facebook joke.

Justin Carter was jailed in February after posting a comment about a school shooting during an argument about the online game League of Legends. “Oh yeah, I’m real messed up in the head, I’m going to shoot up a school full of kids and eat their still, beating hearts,” he wrote just two months after the shooting at Sandy Hook Elementary. He was arrested in March.

The 19-year-old’s case has drawn wide attention for the high bail rate and free speech concerns. His family had tried desperately to raise the funds for his bail amid claims he’d been beaten behind bars and was on suicide watch.

“He’s glad he’s out. His family is ecstatic. He feels good. He is relieved. It’s been an ordeal,” Carter’s attorney, Don Flanary, told NPR. Flanary received a call from a donor who wished to remain anonymous Wednesday and received the money the same evening. Carter was released Thursday morning. The money will be returned to the donor when the case is closed, assuming Carter shows up to court.

Carter’s likely to remain near New Braunfels, Texas, as he awaits trial on a felony charge of making terroristic threats. If convicted, he faces up to eight years in prison.