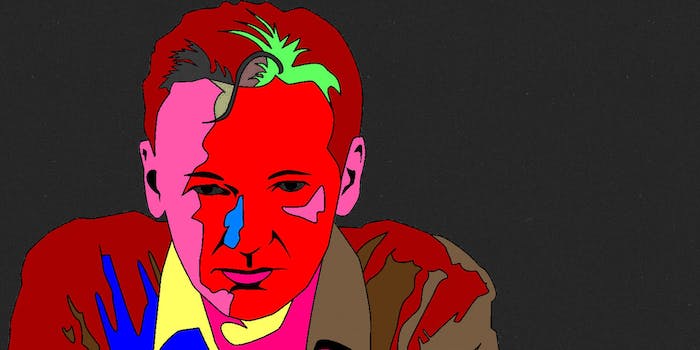 The WikiLeaks founder has also launched a political party to support his candidacy.

Wikileaks founder Julian Assange has announced that he will run for Australian Senate while holed up in the Ecuadorian embassy in London.

Assange has been stuck in Ecuador’s embassy for more than a year to avoid extradition to Sweden on sexual assault charges.

“It’s not unlike running the WikiLeaks organization,” Assange told The New York Times. “We have people on every continent. We have to deal with over a dozen legal cases at once. … However, it’s nice to be politically engaged in my home country.”

Since 2010, Wikileaks has released secret government documents on the war in Iraq, Syrian government, and America’s biggest banks. The organization also worked with PFC Bradley Manning to release more than 700,000 classified military documents.

Australian senate elections will be held on Sept. 14. If elected, Assange would have one year to physically take his seat. He could be granted an exception that would allow him to govern from abroad, the Times added.

“My plans are to essentially parachute in a crack troop of investigative journalists into the Senate and to do what we have done with WikiLeaks, in holding banks and government and intelligence agencies to account,” Assange said.

Assange has formally launched a political party—the WikiLeaks party—to back his senate run. He describes its platform as one of “transparency, justice and accountability.”

Assange marked his first full year in captivity on June 19. London’s Metropolitan Police have been camped outside the Ecuadorian Embassy throughout his stay, waiting to arrest him when he leaves.