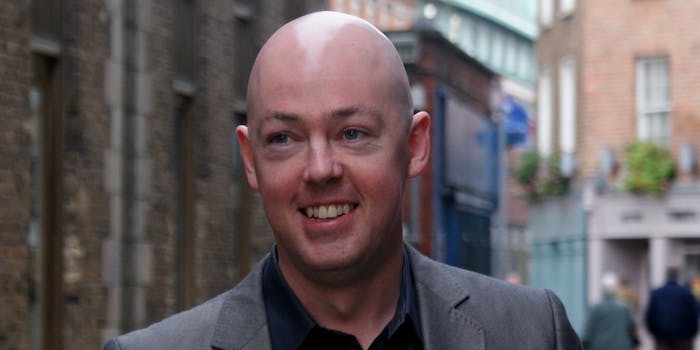 This author accidentally referenced Zelda as a real historical source

Let this be a lesson to us all about trusting the first thing that comes up on Google.

Irish author John Boyne is a consistent bestseller, publishing 17 novels including The Boy in the Striped Pyjamas. But his success didn’t save him from making a pretty hilarious rookie mistake in his latest book: Googling some basic historical information and copying whatever came up first.

As a result, he wound up referencing the Zelda game Breath of the Wild as a real historical source.

This awkward mistake was discovered by Redditor NoNoNo_OhHoHo, whose post went viral on Twitter thanks to writer Dana Schwartz. They shared an excerpt from A Traveller at the Gates of Wisdom, where Boyne describes a character making red dye. His list of ingredients includes “Hylian shrooms,” “red lizalfos” and “Oktorok eyeball.” These are, needless to say, not real things. They’re fantasy items from Nintendo’s Zelda franchise.

As Schwartz points out, it’s easy to see how this mistake was made. If you google “ingredients red dye clothes,” you get Breath of the Wild advice, not real-life information. Apparently Boyne and his editors glanced at phrases like “Oktorok eyeball” and thought, “sounds legit!” So now these Nintendo references are immortalized forever in this very non-fantastical work of historical literary fiction.

Boyne has since replied on Twitter, saying he found the mistake funny, and has no plans to correct it in later editions.

Let this be a lesson to us all about trusting the first thing that comes up on Google.