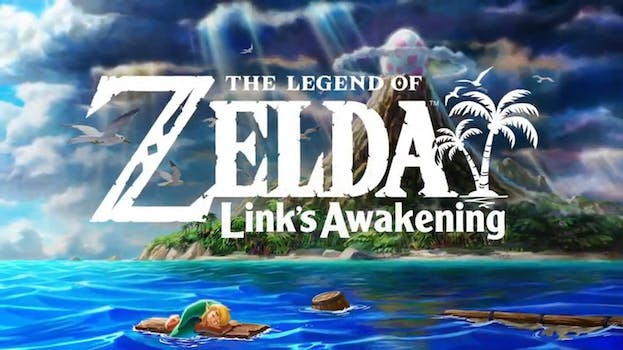 The Legend of Zelda: Link’s Awakening welcomes you back like an old friend

An often-overlooked Zelda classic is given new life on the Nintendo Switch.

Welcome to Kolohint Island. Hear the ocean breeze caressing every corner of the quaint community. Here, the worries of the mainland are far away. The townsfolk coalesce in peace: There is no Ganondorf, no Triforce, and no ancient heroes. On their minds are simpler concerns.

Children play in the yard. Merchants tend their shops. The charm of this isolated landmass is surreal and gives solace. Almost everything about this picturesque paradise feels too good to be true. So, when a young man washes up on the shore without any warning, his presence understandably threatens to throw everything off.

Link quickly sets to work. He cleaves patches of grass with his sword, smashes barrels against clandestine walls, terrorizes the frightful Moblins living in a nearby forest.

Kolohint Island, the heightened-fantasy setting of Link’s Awakening, is more than just an open playground. An irrefutable part of the game’s charm is the band of cheery townsfolk who inhabit every corner of the map. This isn’t a grand quest about conquering an ancient evil; it hones in on the immediate dilemma facing our hero and the people around him. 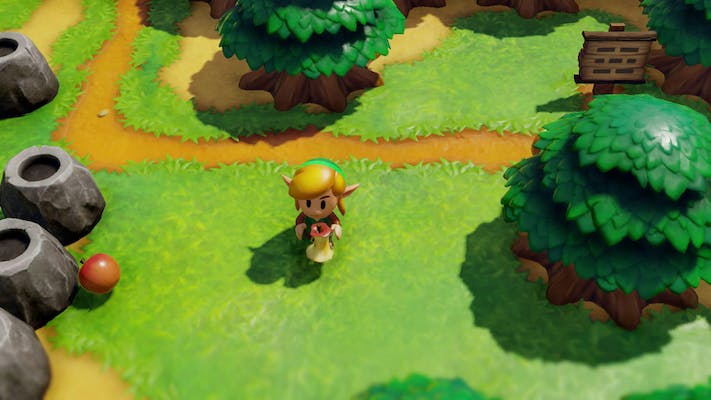 There’s one important thing to know about Link’s Awakening (if you don’t already): This game is strange. Villagers often break the fourth wall, characters from other Nintendo franchises make small appearances, and something seems off about the entire adventure.

However, the momentum of Link’s need to collect magical lost instruments and wake the Wind Fish (who sleeps in a massive egg on a mountain peak) rarely relents to let us consider how wrong everything feels.

To move forward, Link will need help from the townsfolk. You, too, will quickly internalize which house belongs to who, and what their unique traits are. On the edge of the beach, there lives an amicable alligator who loves canned food (See? Strange.) When another questgiver rewards you with a jar of dog chow, you’ll know exactly where to take it.

This elongated game of trading items and finding the next owner runs in parallel with the main story and punctuates just how low-stakes the entire affair is. This is far from the race-against-the-clock apocalypse of Majora’s Mask.

Similarly, quite a few segments spin the trope of troublesome escort missions into something empowering. Rather than drag along a fragile computer-controlled character, these bits find Link in the company of a helpful companion who knows the island better than he does. BowWow, the lost Chain Chomp Link rescues from a cave, can sniff out hidden treasure and charge through enemies impervious to the hero’s sword. 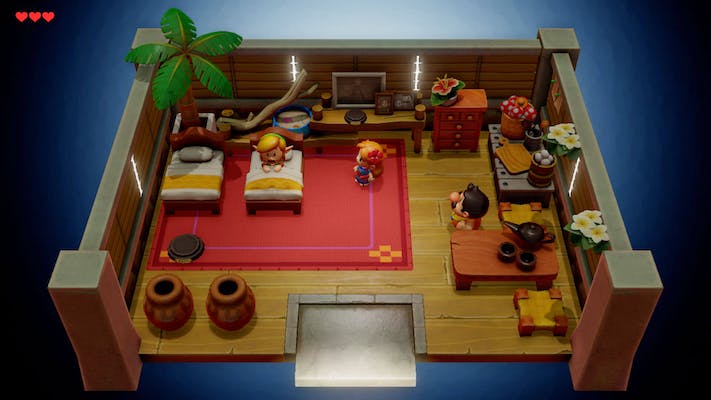 Along the way, all the familiar elements of a Zelda game come to life. There are several dungeons in which to go spelunking, a number of powerful bosses to best, and helpful tools along the way. Link’s Awakening on the Nintendo Switch takes an “if it ain’t broke, don’t fix it” approach that I find incredibly welcome.

The toybox aesthetic of this particular remake only makes the goofy charm of Link’s Awakening more compelling. Each scene feels like an intricate diorama of lovingly sculpted materials. Like this year’s Yoshi’s Crafted World, playing through this game feels like a warm, inviting embrace.

And though the game originally launched in 1993, something about it feels uniquely suited to an audience in 2019. Its friendly approach to traditional game design is welcome. The development of the Game Boy title began as a “self-parody” of The Legend of Zelda, inspired by the campy surrealism of the show Twin Peaks. And in the same way David Lynch returned to that sleepy town in the masterful The Return, this incarnation of Link’s Awakening has changed with the world around it. Gorgeous instrumental music and a vibrant color scheme bring every inch of the island to life. Link’s Awakening is a game stuffed full of hidden lines of dialogue, puzzling scenarios, and evocative backdrops. They are just as delightful today as they were upon release.

Even if you’ve never played the original Link’s Awakening—or, hell, if you’ve never played a Zelda game before—you’ll take to this remake instantly. Something about the simple, no-nonsense presentation lends itself to an absolute accessibility that’s never patronizing or self-adulating. There’s a reason The Legend of Zelda games are almost universally beloved. On the surface, they represent the most innate manifestation of “video game logic”: You are Link, the hero. You must solve the problem set up in the game’s introduction, and to do so often requires roaming the land to collect a set of various somethings.

In Link’s Awakening, everything that surrounds this main motivation is delightful. Kolohint Island isn’t bogged down in ancient lore or trivial politics. Nothing gets in the way of the adventure. The supporting cast all serve an explicit purpose, and their presence is a boon to the game’s breeziness.

In crawling through dungeons, solving overworld puzzles, and delivering lost items, a sort of muscle memory kicked in. Thanks to streamlined menus and a straightforward user interface, I was able to breeze through Link’s Awakening like a madman: smashing every jar in my way and digging up as many secret seashells as the sand could hide.

All this is to say, I found playing through a modern imagining of this classic to be almost perfect. While it doesn’t reinvent the franchise or break convention, it never acts like it wants to. There’s something comforting about returning to a world like this: to know its every corner, to recognize its colorful cast, to feel truly lost in the experience.

Almost every year, around the same time, I re-read J.R.R. Tolkein’s The Hobbit. I can’t explain why whenever it starts to snow I feel the need to pick up my dog-eared, tattered paperback copy and tear through it like a brand new novel, but I do. I find the familiar low stakes of the story incredibly soothing—like an overdue reunion with an old friend. Playing through a new version of Link’s Awakening felt this same way. And now after the end credits have rolled, and the Ballad of the Wind Fish has played for the last time, the game becomes again a dream. Dungeons become distant memories, quirky locals made loyal friends; the waves carry Link, and the player, back into the real world.

But Kolohint Island will always be there to welcome us back.

The Legend of Zelda: Link’s Awakening is available now on Nintendo Switch. This review was written based on a version of the game provided by the publisher.