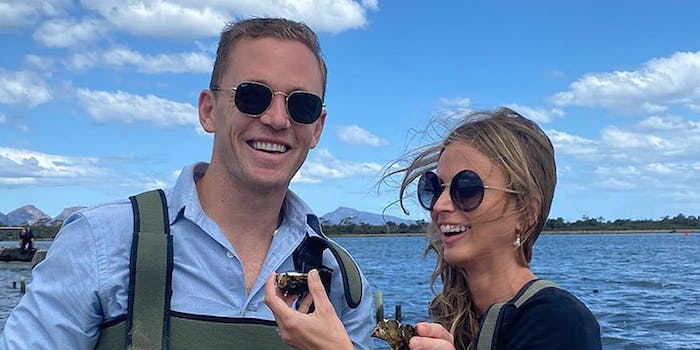 'What a horrible example of how to treat women.'

Australian football star Joel Selwood has deleted a controversial TikTok video in which he used his wife as a mop.

The clip shows the 31-year-old AFL champion picking up his wife, Brit Selwood, turning her upside down, dipping her head in a bucket of water, and pretending to mop the floor with her. “The Clean Up Song” plays in the background.

Joel’s TikTok earned some 40,000 views and apparently enough user backlash for him and his wife to both scrub the video from their accounts. Still, the clip migrated to Twitter, where other viewers expressed their displeasure and accused Joel of being sexist and setting a bad example to fans who look up to him.

“A lot of kids, boys and girls, would look up to Joel Selwood so what a horrible example of how to treat women he is showing them,” Twitter user Lynne Black wrote.

Many of the Twitter reactions to Joel’s TikTok, however, came from people dunking on the viewers who initially criticized the athlete.

The Joel Selwood TikTok drama seems to be a case of the disproportionate response to social media outrage drowning out the outrage itself. Perhaps Selwood should play it safe, though, and stick to posting yoga challenges with his wife on TikTok.