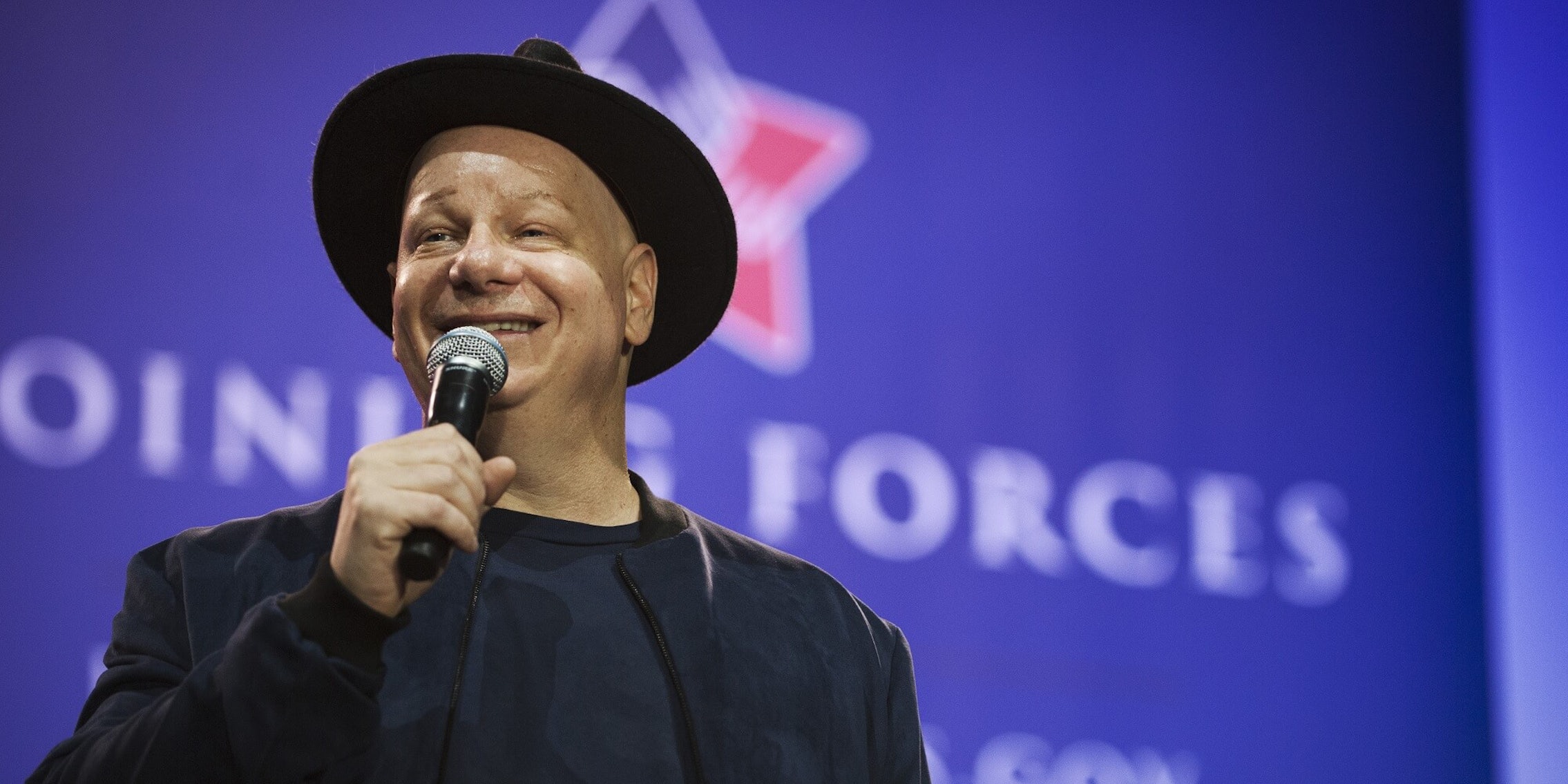 Comedian Jeff Ross, best known for insult comedy and celebrity roasts, has been accused of rape and grooming by an alleged ex-girlfriend.

Posting under the Facebook screenname Iwas15hewas33, Jessica Radtke says she was in a relationship with Ross beginning in 1999, when she was 15 years old and he was 33. Her allegations include rape and child pornography, with Ross taking explicit photos of her with a Polaroid camera.

The allegations are currently unproven, but she shared extensive (non-explicit) photos from their time together.

Radtke detailed her allegations in a video posted in October 2019, which resurfaced over the weekend on Twitter. This came after comedian Chris D’elia was accused last week of grooming underage girls, prompting another wave of conversations about sexual misconduct in the comedy industry.

It seems that Radtke had already tried to draw attention to her story for several months to no avail. Unlike some of the individuals who came forward with allegations about Louis C.K. and Harvey Weinstein, Radtke is not a public figure or an industry insider. Meanwhile, Ross has an extensive network of famous friends and collaborators.

In the video, Radtke describes the timeline of her alleged relationship with Ross, listing specific dates and sharing numerous photos of them attending events together.

She says she was 15 years old in many of the photos and that Ross privately took explicit Polaroid photos while she was underage. She also said that Ross gave her keys to his apartment so that she and their mutual adult friend Gina Savage could visit regularly. On the same Facebook page, Radtke says she is seeking an attorney in California and New York to sue Ross, Savage, and comedy manager Barry Katz.

Radtke also posted an essay she says was written for a nonfiction writing class in 2005, chronicling her relationship with Ross. Echoing the experiences of many sexual assault survivors, her opinions of the alleged relationship have changed over time.

In the essay, she talks about falling in love with the stand-up comedy scene after moving to New York with her father at age 14. She befriended Savage (now a talent booker and comedy podcaster, according to her social media), who Radtke described as a manager at the Boston Comedy Club at the time. This corresponds with Savage’s Linkedin page, which lists her working at the Boston Comedy Club from 1997 to 2001, when Ross was a regular.

The post goes into a lot of detail, alleging a serious sexual relationship that Ross kept secret because Radtke hadn’t reached the age of consent in New York. The tone of the essay is nostalgic yet conflicted, but in 2019, 14 years after she wrote it, Radtke saw this period in a different light:

“I have only just recently realized just how f*cked up this all is…I seriously do not want any predator to ever get away with stuff like this. In this paper I downplay the abuse and NEVER mention rape. I’ve not said that word until this past year or so,” she wrote. “I did not want to admit I had been defeated, wrong & raped in my sleep when I refused to sleep with him while awake. I also am not ‘thankful’ as mentioned in the end of this piece. I am f*cking traumatized.”

Radtke’s story is beginning to spread among others in the comedy community, although it’s been noted that people seem more reluctant to call out Ross (a popular and well-connected figure) than Chris D’elia. However, actor and comedian Griffin Newman did come forward to allege that Ross dated another underage girl in the past, suggesting a pattern of behavior. On June 17, Radtke wrote that another anonymous victim had contacted her.

Ross has not publicly responded to these allegations. The Daily Dot reached out to Ross’ management team and will update if we receive a response.