It appears he hasn't forgotten his sordid college history.

Jameis Winston, selected with the No. 1 overall pick during the NFL draft on Thursday night, is bringing a boatload full of baggage with him.

During his college career, the quarterback was accused of sexual assault (though never charged), suspended from the Florida State football team after shouting a vulgar obscenity on campus, and suspended from the baseball team for shoplifting crab legs from a Publix grocery store.

Winston seemingly needn’t worry about any of that as he now peers into his NFL future. The Buccaneers already have launched a heavy PR blitz, and Winston is expected to become the face of an NFL franchise as he makes more than $20 million—guaranteed—from his rookie contract.

What did Winston do to celebrate his newfound responsibility? He ate dinner, of course. Specifically, he ate crab legs that someone presumably bought with official U.S. currency. And he posted the spread on Instagram: 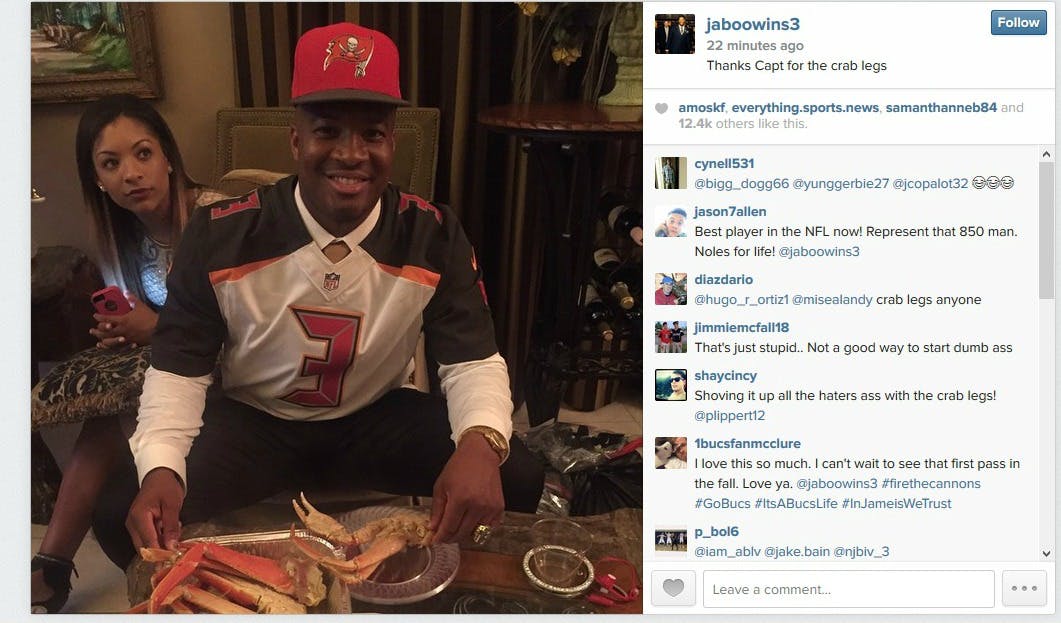 Funny? A number of his followers thought so. Will his new employer think the same? Probably not. Is this the smartest thing Winston could have done late Thursday night as he transitions to a new stage of life? Nope.

As of early Friday morning, the post had been deleted.

Update 10:37am CT, May 1: We now have confirmation not only that the crab legs were legitimately acquired, but that they came courtesy of The Deadliest Catch‘s Captain Keith Colburn. Good deal.