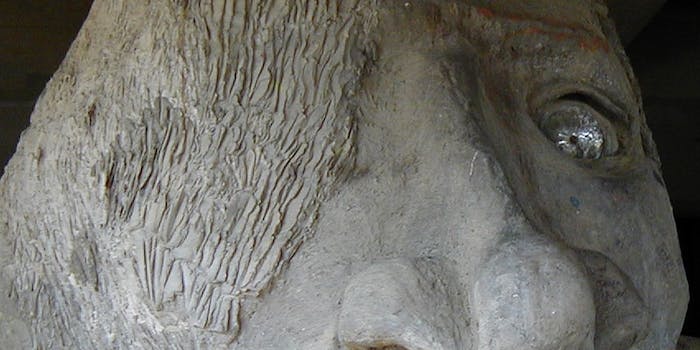 How I grew up and stopped trolling

Becoming an adult made me realize the real-world impacts of trolling.

I spent middle school and high school trolling Internet forums. I wasn’t necessarily a hateful troll who existed to spout insults. I was more of a “watch the forum burn” kind of troll. I cherished chaos.

Specifically, I loved posting inflammatory topics and watching the resulting scuffle. The World of Warcraft Off-topic forum was a wonderful outlet for this. This was where I cut my teeth on how to manipulate people’s emotions over the internet—a valuable skill as a writer.

I still remember one of my favorite threads I made, titled “Does America Actually NEED Fascism?” A seemingly random question, but it was politically timely as the world worried about George W. Bush’s expansion of presidential powers. Usually my posts with such divisive titles only contained the word “discuss.” This one had an additional sentence: “Does America need fascism to triumph over its enemies at home and abroad?”

When someone asked who the enemies at home were, I said Democrats and liberals. The thread went on for dozens of pages. This was my high point on the WoW forums, though it didn’t last long. One day I made the mistake of mouthing off to Caydiem, the community manager. She slapped me with a lifetime ban.

Unfortunately, the answer is yes.

Not only is the answer yes, but there are entire websites devoted to giving trolls a pulpit and a megaphone, like 4Chan and Reddit. One such is, of course, Thought Catalog. Before I continue, let me write a disclaimer: There are tons of writers at Thought Catalog who are absolutely wonderful. I even follow some of them on Twitter. This article isn’t to denigrate them. It’s not even to denigrate Thought Catalog. I’ve already said what I had to say about them.

I’m only bringing Thought Catalog up because, as Thought Catalog’s founder himself admitted, the site has nonexistent editorial standards. This led to Thought Catalog becoming a Mecca for writers seeking to troll the shit out of the entire English-speaking world. Just look at the long list of famed Thought Catalog trolls: Amy Glass/Chrissy Stockton, Nick/Nicole Mullen, Rachel Sacks, Anne Gus, and several others who shall not be named.

For a time, I so badly wanted to add a character I developed to this list: Gina Graves. I chose this name so I could one day paraphrase the following line from the James Bond film Die Another Day in its proper context:

We only met briefly, but you left a lasting impression. You see, when your intervention forced me to present the world with a new face, I chose to model the disgusting Gustav Graves on you. I paid attention to details—that unjustifiable swagger, the crass quips, the self-defence mechanism concealing such inadequacy.

My plan was to make a Gina Graves GMail and Twitter, then start pitching blatant trolling content to Thought Catalog. I knew their doctrine of “All thinking is relevant” would mean they’d publish anything I came up with no matter how stupid or hurtful. As long as it had potential for outrage pageviews, it’d get the green light. I had so many ideas. I couldn’t stop thinking of articles. I wrote them down on my phone, on my computer, on a pad at my desk. I came up with fury-provoking pieces such as I Look Down on Women Who Don’t Get Abortions When They Get Knocked Up and Having A Kid If You Aren’t Wealthy and Connected is Child Abuse. There were also twee and awful bits of infotainment “writing” as well—stuff that made Disney Princess listicles and trite, substance-less, cliched life advice look impressive.

Then, finally, when Gina Graves reached her zenith, I would reveal myself to the world, letting everyone know I modeled the disgusting Gina Graves on the average infotainment writer/Thought Catalog troll.

I’m not sure. Good trolling is a form of avant-garde performance art. You need to be talented for it. And if you can do it right, the payoff is totally worth it: Tons of pageviews, happy editors, possibly a job, and the satisfaction of knowing you manipulated a bunch of simpletons into clicking, sharing, and getting outraged at a joke article you wrote. Performance artists or not though, science has proved trolls suffer from “sadism, psychopathy, and Machiavellianism.”

While some of us like to write trolling off as harmless fun—as something that’s done solely “for the lulz”—there are no laughs to be had from penning troll articles. Some troll articles constitute harassment and can have dire consequences.

Even if they’re not targeted at an individual, they can still be hurtful.

Let’s look at the abortion article I mentioned above:  I Look Down on Women Who Don’t Get Abortions When They Get Knocked Up. What purpose would that article have served if I wrote it? Yeah a bunch of people would’ve gotten pissed off and shared it on social media. The powers that be at Thought Catalog would’ve high fived each other. I’d get an eerily gleeful feeling from reading the comments.

I realized that the genre of trolling, in some ways, isn’t sustainable. Once the audience acclimates to your contrarian (and ridiculous) notions, you either have to become even more contrarian and more ridiculous or risk losing your ability to generate precious shares and clicks.

Then I also realized my trolling could be hurting people’s feelings. That’s not something I ever really want to do with my writing. What if a pregnant woman who was wrestling with the issue of abortion read the article and didn’t know it was a joke? What if the article made her upset? I’m sure people will argue “if she doesn’t know it’s fake she deserves it,” but that’s too cruel for me. Why would anyone want the upshot of their writing career to be hurting someone else?

Lastly, penning troll articles would only contribute more poison to a toxic and overloaded Internet content ecosystem. The last fucking thing on earth the web needs is another troll article, especially one about a sensitive issue. This Salon piece is what a real article about abortion looks like. The Salon article actually addresses very important aspects of America’s conversation about abortion. The troll piece I wanted to write would’ve only set that conversation back.

If I trolled, I’d be succumbing to the ways of the wicked. I’d be undermining progress and damaging people’s psyches all for a few cheap laughs and some page view boners.

I decided to kill Gina Graves before she even drew digital breath. I think I’m better off for it.

Note: One of the editors of this piece was a former Producer at Thought Catalog.