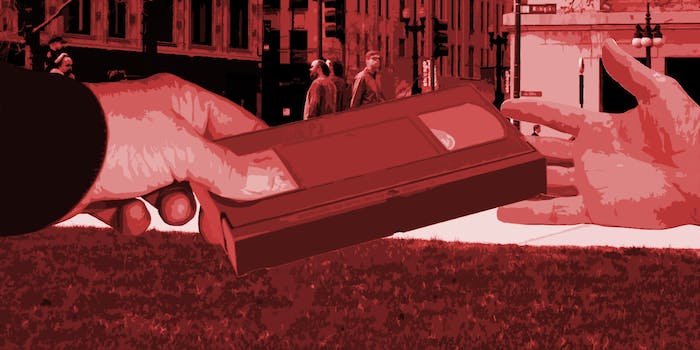 When Bang With Friends lets us secretly explore every viable sexual relationship in our acquaintance, who needs pornography?

On the cult-classic TV show Arrested Development—which the Internet is bringing back May 26, mark your calendars—the popular video series Girls Gone Wild was parodied as Girls With Low Self-Esteem.

The obvious implication is that the show’s producers are exploiting vulnerable young women to create fap-fodder for couch-bound males, which in turn only continues to lower these women’s self-worth.

The series (Girls Gone Wild, sadly, not Arrested Development) is familiar to anyone who’s had a cable subscription since 1995. Which is to say, pretty much everyone.

And because this is what the Internet does now, Girls Gone Wild has inspired a crowdsourced community, the subreddit r/gonewild. Here, submitters, mostly women, post photos of themselves in various states of undress, for the enjoyment and comment of the other users, mostly male.

But to hear the models themselves tell it, despite the superficial resemblance, r/gonewild has a fundamentally different character than the eponymous DVDs. Where the tapes and discs are demeaning, r/gonewild has somehow managed to become affirming. Empowering. A vital source of strength, self-confidence, and connection for its users.

The women come to the site for a variety of reasons. Many describe it as a kind of personal challenge (are they brave enough to do it?). Others see it as an opportunity to find out, candidly, how other people see them.

And the community responds honestly, but appreciatively. Reddit is often something of a parade of the worst elements of human nature. But not r/gonewild. There, commenters respond generally kindly. They appreciate a wide range of body types, and they school each other in politeness when someone responds to a post less than courteously.

Sex is everywhere on the Internet. It’s almost impossible to avoid it, in fact.

According to data scientists in Romania, we are now often exposed to pornography when we’re as young as 6. When I think of what an elaborate operation it was to get magazines (and, miracle of miracles, videotapes!) when I was 15… Until I discovered that you could just download it on the Internet.

And even if you don’t stumble across it on your own, a friend is likely to make sure you do—and that you regret it. 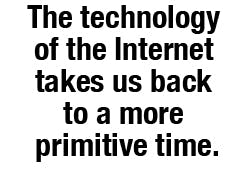 Many of us have been pranked by Goatse—an image of extreme explicitness that most of us would never, ever have been exposed to without the Internet. While you may do anything to avoid such a sighting, there are some people who are connoisseurs of this stuff. They gather at r/spacedicks where they share images of genitalia, gaping wounds, and anything else they can think of that will disgust and disturb.

Enthusiasts enjoy viewing these items on their own, but they also really love showing it to others. A popular pastime on r/spacedicks is to video your friends, or your sister, or your mom looking at the site for the first time. As reaction videos go, I will say, they are pretty funny.

And then of course, if you’re very lucky, Internet sex (the good kind) can also find you in real life. Popular facebook app Bang With Friends lets you secretly tag which of your Facebook friends you’d like to have sex with. If one of the people you are interested in is also interested in you, the app will make a discrete connection. It’s so much more efficient than a note during study hall.

But even such a *ahem* public service on the Internet comes with its own source of schadenfreude and exhibitionism. Because of the confusing nature of Facebook’s ever-changing privacy settings, you can see many of the people you know who use the app by clicking a simple link.

And if my experience is anything to go by, it’s exactly who you think it is.

If the Internet is profoundly changing the world, there is nothing it’s changing more than sex.

Sure, the sexual revolution began in the 1960s (also when the Internet was born, coincidentally) but it may be that the Web’s Terms of Service will do more to change our society’s attitude than any number of summers of love.

When confronted with studies that say kids are being exposed to pornography at the age of 6, we typically lament that kids seem to grow up faster with every passing year. The reality is that in many ways kids are actually growing up slower. It’s a historical anomaly that 6-year-olds have, for most of the last century or two, been shielded from sex. Before the Industrial Revolution, none of us grew up too far from the farm, where Mom or Dad didn’t have to explain “the birds and the bees” to us—we got it direct from the birds and the bees themselves.

The Internet was created by pornography. And yet, strangely, it may be the end of pornography. When we put pictures of ourselves online perfectly willingly, when apps let us secretly explore every viable sexual relationship in our acquaintance, who needs pornography? Girls Gone Wild, by the way, has just declared bankruptcy.

So if sex has finally burst the seams of its long confinement, is that a good thing or a bad thing? If r/gonewild is any indication, though it will certainly have its good and bad points, on the whole, it sounds like it means we’re in for a little more confidence and a little more comfort with that side of ourselves. It might even mean less Photoshopping, as the idealized forms we put on the covers of magazines are, to a degree, a manifestation of our discomfort with actual nudity.

It might even mean less sex, ironically, as we may lose a lot of the mystery and intrigue in the process. But probably not.

Whatever it all adds up to, this is for sure: Sex is here to stay.