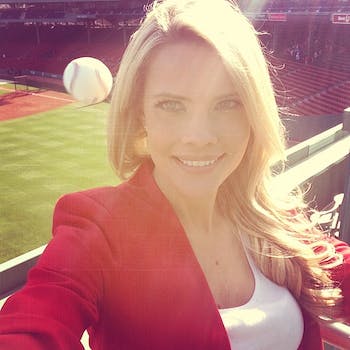 If you're going to take a selfie ever again, here's a good case for using your phone's front-facing camera.

If you’re going to take a selfie ever again, here’s a good case for using your phone’s front-facing camera.

Kelly Nash, a reporter for Sun Sports, took a snap of herself above something called the Green Monster at Fenway Park before the Houston Astros–Boston Red Sox game this weekend.

Forget the Green Monster: The back of her head was almost black and blue after avoiding a what would have been a very painful strike to her temple: 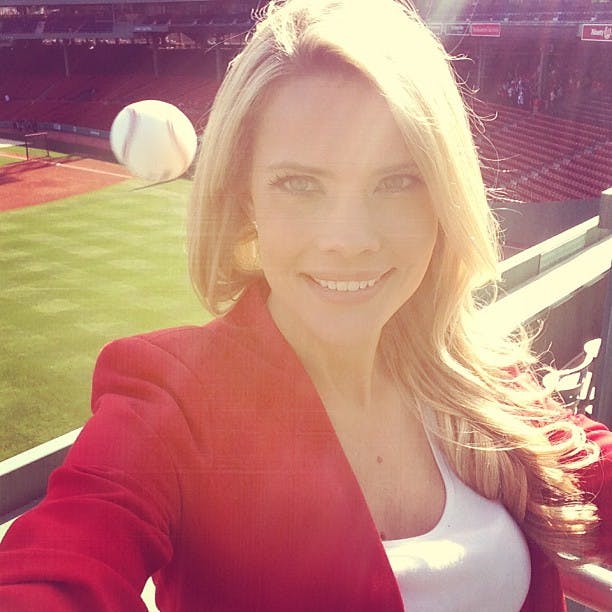 “Producer Art Dryce had called out ‘heads up!’ a few times while I was taking pictures around the left field section, but none of those balls actually fell close to me, so I took my chances turning my back on batting practice for a picture,” Nash told Fox Sports Florida.

“My whole family is from Massachusetts, and I knew they would be so excited to see me working at Fenway Park, and when I went to text them the picture I noticed the baseball by my head!”

Dryce spotted the ball that photobombed Nash’s selfie and gave it to her.

After this, Nash will certainly be keeping her eye on the ball. Hopefully not literally.

H/T Blame it on the Voices | Photo via knashsports/Instagram