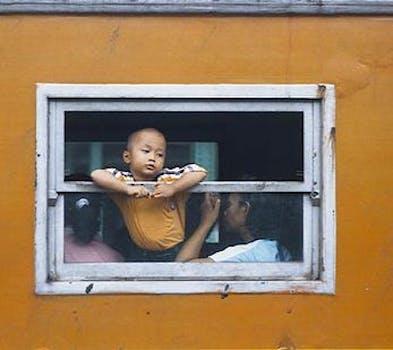 27 Indonesian children have allegedly been abducted this year by people they met on the social network.

Facebook-savvy human traffickers are targeting children online in a growing trend in Indonesia.

Of the 129 children reported missing this year in Indonesia, 27 were allegedly abducted by people they met on Facebook, the Associated Press reported.

One of the children abducted this year was a 14-year-old student who recounted her horrific experience in a Associated Press feature. The unnamed girl reportedly met her abductor on Facebook after he randomly began showering her with compliments.

“They exchanged phone numbers, and his attention increased with rapid-fire texts. He convinced her to meet in a mall, and she found him just as charming in person. … The man, a 24-year-old who called himself Yogi, drove her an hour to the town of Bogor, West Java, she told The Associated Press in an interview. There, he locked her in a small room inside a house with at least five other girls aged 14 to 17. She was drugged and raped repeatedly — losing her virginity in the first attack.”

The girl was ultimately found at a bus station on Sept. 30.

Since the early 1990s, human trafficking and adult prostitution in Indonesia has been a blight on the country. In 1998 about 150 girls between the ages of 10 and 15 were raped in front of their families, according to a global factbook on sexual exploitation from the University of Rhode Island. That same year, there were 150,000 prostitutes in the country. About 30 percent of those were children, the factbook added.

Between 40,000 to 70,000 Indonesian children each year are involved in trafficking, prostitution, or pornography, the End Child Prostitution Child Pornography and Trafficking of Children for Sexual Purposes organization reported.

Indonesian police are fighting back against the apparent trafficking ring by posing as teenagers on Facebook. So far, the operation has led to the arrests of at least three men. But the country’s laws are not up to the minimum standards for the elimination of trafficking, according to a country-by-country human trafficking report by the U.S. Department of State.

“While the government made clear progress in bringing sex trafficking offenders to justice, in part through use of its new anti-trafficking law, a pronounced weakness shown was the failure to curb the large-scale trafficking practices of licensed and unlicensed Indonesian labor agencies,” the report added.

Facebook is working with international authorities to identify human traffickers and bring them to justice.

“We take human trafficking very seriously and, while this behavior is not common on Facebook, a number of measures are in place to counter this activity,” Facebook spokesman Andrew Noyes told the Associated Press.