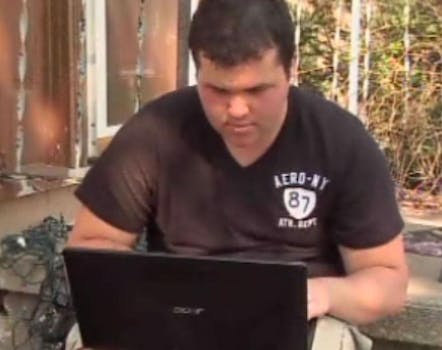 Student Austin Carroll claims the explicative-laden tweets were made from his private computer and were intended to be funny.

An Indiana high-school senior has been expelled after his school found the teen had tweeted obscenities under his personal Twitter account.

Austin Carroll was suspended from Garrett High School after he used the word “fuck” in a handful of tweets.

“One of my tweets was, fuck is one of those fucking words you can fucking put anywhere in a fucking sentence and it still fucking make sense,” Carroll told the Indiana News Center (INC).

The school claims that Carroll sent the obscenity-filled tweets from a school computer. Carrol says they were not, and his mom, Pam Smith, believes him.

“I totally didn’t agree with what Austin said but I didn’t agree with an expulsion either,” Smith told INC. “I mean if they suspended him for three days or something, I would be fine with that but to kick him out of school, his senior year, three months to go, wrong.”

This is the second Twitter-related dust up to affect an Indiana school in the last three months. A handful of students were under investigation in January after they allegedly created Twitter parody accounts for Lawrence North High School’s football, wrestling, and boys basketball coaches, reported Forbes.

“Another tweet, purported to be from football coach Tom Dilley, is racially charged,” reported The Indianapolis Star. “It seemed to express the idea that Dilley, who is white, prefers black players to represent the school.”

Administrators at Garrett High School were able to find Carroll’s tweets thanks to a system that tracks student’s Twitter activity on and off school premises, reported INC.

As online bullying continues to be a contentious issue across the country, school administrators are increasingly trying to monitor their students’ online activities. But Carroll contends that his tweets were meant to be funny and not to insult or disrupt any students.

“I just want to be able to go back to regular school, go to prom and go to everything that a regular senior would get to do in their senior year,” Carroll told INC.