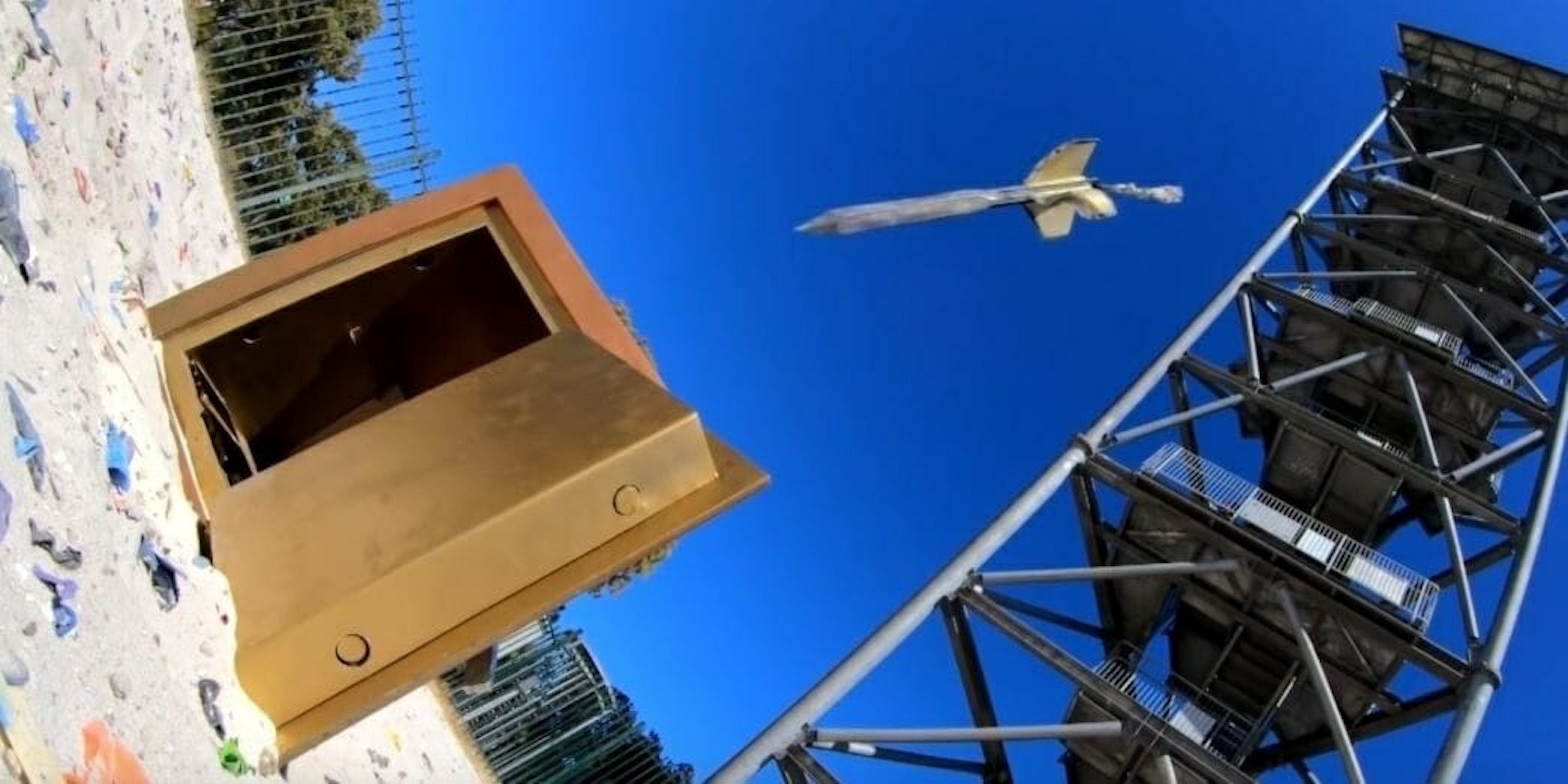 The destruction is delicious.

If you want to break into somebody’s safe, sometimes the best course of action is to drop something heavy on it to see if it’ll break. That’s what the YouTube channel How Ridiculous tried to prove in its latest video.

The Australian YouTubers’ heavy object of choice? A heavy dart dropped from the top of a 150-foot tower. The result? Destruction for both the safes and the giant dart (not to mention a sneaker).

How Ridiculous—which has utilized a heavy dart in the past to destroy a number of hale bays, a dishwasher, and oobleck (which is a combination of water and cornstarch that produces a goopy-like substance that can act as a liquid or a solid)—set up three safes to determine the kind of damage the dart could manage from the 45-meter tower.

Turns out the darts—much like a 60-pound ice block, a La-Z-Boy chair, and a bowling ball onto a pool table—can destroy a safe if dropped from high enough.

For some reason, the How Ridiculous guys also put their shoes in harm’s way to see if the dart could pierce the safe and their footwear at the same time. (Hint: The dart could do exactly that.) In the final experiment, the YouTubers put their phones inside a safe that apparently weighs close to 500 pounds and was made of metal.

“We have that much confidence that [the dart is] not going through,” one said.

Was How Ridiculous right? Click the video to find out the answer.