Don't let your memes be dreams.

If you’ve ever wondered what it would be like to hear Hillary Clinton utter the word “noob,” now’s your chance. A video titled “Hillary Clinton: Meme Queen 2016” has graced the internet, and it’s everything we could have never imagined.

“Here come dat boi,” a Clinton lookalike on a unicycle says right off the bat. “Just kidding, it’s me Hillary.”

The video was directed by Mike Diva and published by Super Deluxe, a community of “creative weirdos making videos that are (we hope) more substantial than much of what you see on the internet today,” according to their YouTube channel.

The video spoofs any number of normal campaign ads. The Clinton lookalike talks about many of her campaign goals, like education reform and gun control, while sprinkling in web culture references.

“People are always asking me what’s the best method of gun control,” the Clinton lookalike says. “I say no-scoping some weak-ass noobs across the map.” 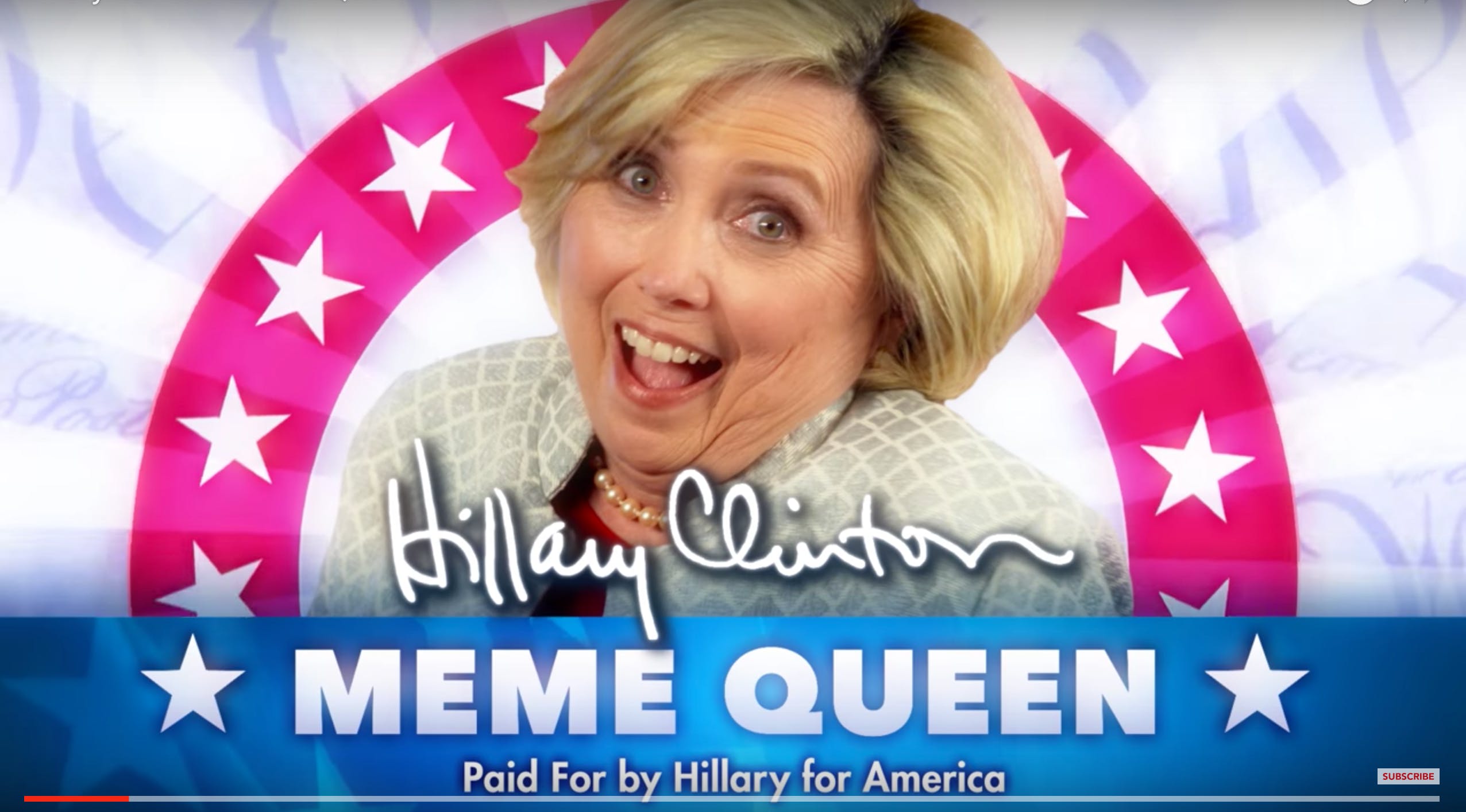 Hillary for America did pay for the ad, according to the credits. Super Deluxe’s original Facebook post has been viewed almost 675,000 times, while the YouTube video has been viewed over 13,000 times as of this writing. The internet is pretty excited, albeit confused, about this work of art.

Tbh @HillaryClinton should just use this as her real campaign ad https://t.co/9dX94QQymh

This meme wouldn’t be quite as meaningful if there weren’t at least a couple haters. Some millennials already see Clinton as a candidate trying too hard to get their vote by seeming hip, so not everyone finds the video all that amusing.

This is the most effective Trump ad I’ve seen yet. RIP to all the may mays. https://t.co/gMRfdcaX8n

Whether you’re a fan of Clinton or not, you’ve got to admit: Meme Queen 2016 is pretty dank.