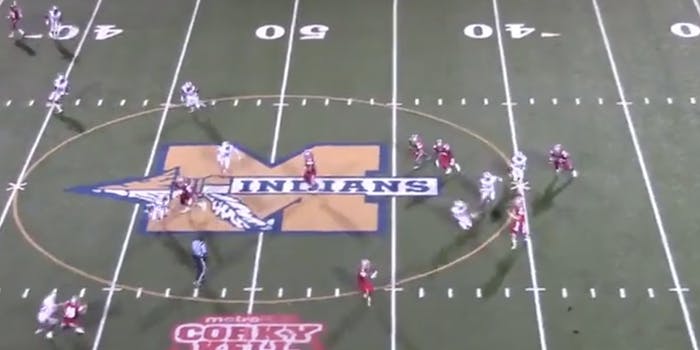 If major colleges are in search of quarterback recruits who can think fast on their feet, all signs point to Lawrenceville, Ga.

If major colleges are in search of high school quarterbacks who can think fast on their feet, all signs point to Archer High School in Lawrenceville, Ga.

Facing archrivals the Sandy Creek Patriots on Friday, Archer played a closely fought game featuring a little gridiron hocus focus from junior quarterback Will Beardon, who was behind center as the punter on a crucial fourth-down play. When the Pats came with an all-out blitz, Beardon pulled some slight of hand by putting the ball behind his back, sprinting out to his left and firing downfield for a first down.

Ultimately, it was not enough to lead his team to victory, as they lost 21-13.

The behind-the-back fake punt is the high school football showtime equivalent of the pseudo behind-the-back basketball pass as demonstrated by the highly celebrated streetballer Grayson Boucher (a.k.a. The Professor).