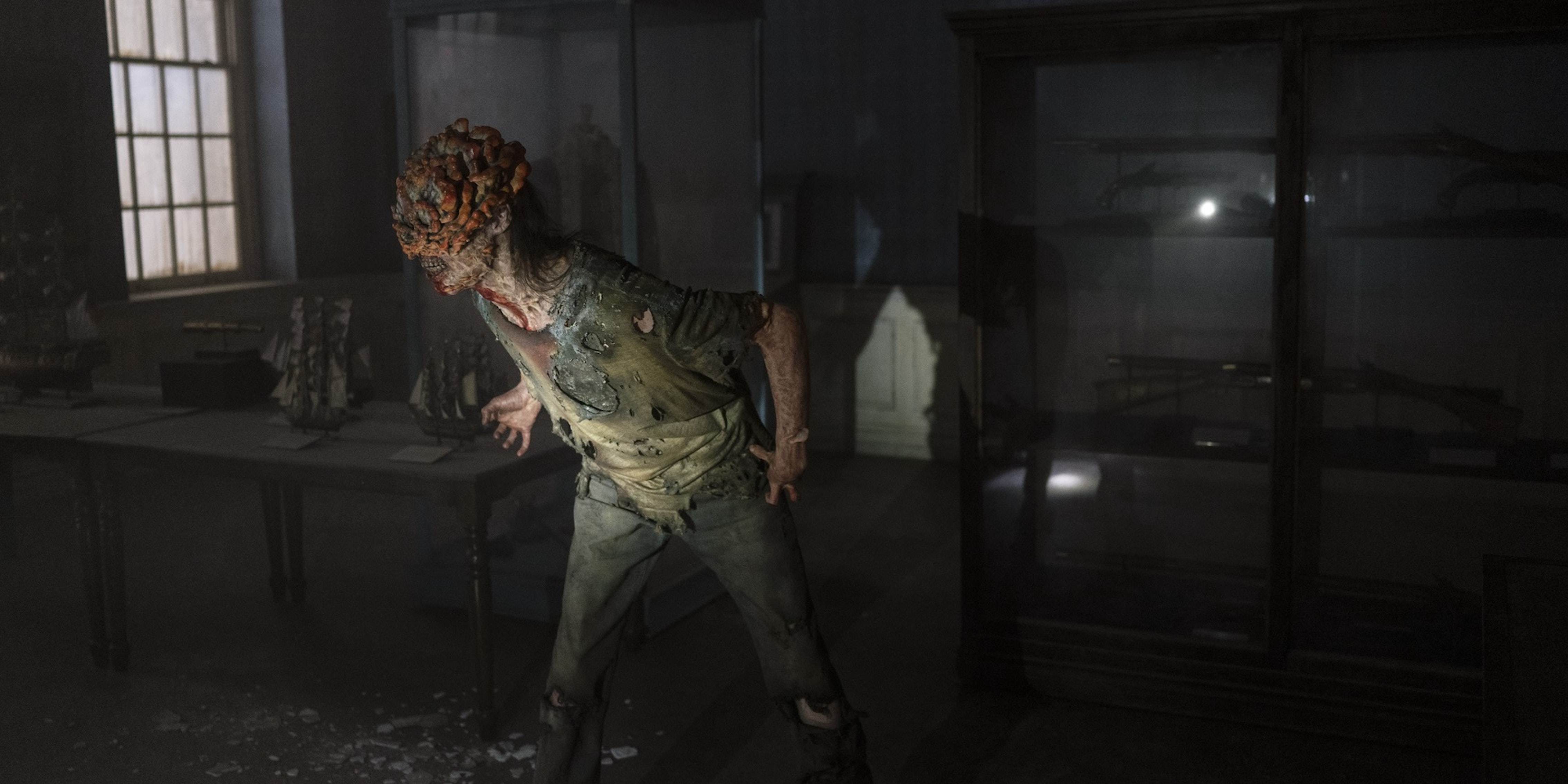 The HBO show's recreation of 'The Last of Us' gameplay is earning praise from fans.

This post includes spoilers for The Last of Us episode 2.

HBO’s The Last of Us already occupies a rare position as a videogame adaptation that gamers actually enjoy.

The show recreates key scenes from the game while still succeeding as a standalone drama; a difficult feat, considering the poor reception for recent adaptations like Uncharted and Mortal Kombat. And in episode 2, it answers a pressing question: Can live-action do justice to the game’s scariest monsters, a creature whose fear factor is deeply rooted in gameplay?

The fungus-headed clicker zombies are notorious among TLOU fans, representing a tougher and more threatening version of cordyceps-infected humans. In addition to being extremely hard to kill, clickers use sound and echolocation to find their targets, making them a perfect villain for stealth combat.

In episode 2, this leads to a tense action scene where Joel, Ellie, and Tess make their way through an abandoned museum while trying to hide from clickers. Some details in this sequence are borrowed directly from the game, but from a directorial standpoint, the crucial element is how the action creates a similar emotional impact to when gamers are playing as Joel.

This distinction is where a lot of video game adaptations fall flat. Joel isn’t a notably interesting character on paper, and in an action/horror scene, his role lives and dies on his vulnerability and response to danger. We need to empathize with him, which works because a) Pedro Pascal is fantastic, and b) Joel isn’t depicted as an implausibly brilliant fighter.

One particular detail struck a chord with TLOU players: Joel having to reload his gun mid-fight. Obviously, this is also a common cinematic trope, but in the case of TLOU, it’s all too relatable to run out of ammo and/or get killed by clickers because you made too much noise.

The Last of Us is far from the only zombie media with sound-activated monsters, another example being the similarly fungus-based zombie movie The Girl with All the Gifts. Plenty of horror films build tension by having the main characters stay quiet under threat, but TLOU benefits from the way longtime fans already relate to Joel. There’s an extra level of stress when you see Pedro Pascal make exactly the same bad weapon choices that you made yourself:

Plus, of course, the clickers themselves are very cool, combining some wonderfully gross prosthetics with expert physical performances and creepy vocals from the original voice actors. Considering the overwhelming volume of zombie media over the past few years, it takes a lot to make this kind of impact on viewers. A testament both to the Last of Us source material, and to the HBO show’s ability to adapt it in an effective way.