Harambe is a rock star.

Thanks to a cotton T-shirt gone viral, Harambe has been brought back to life once again, and it’s all because of a trio of punk fans who wanted to honor the fallen gorilla in their own special way.

The back of the shirt reads, “No Guns. No Cages. Harambe Hardcore,” framing a photo of tattoo-ridden Harambe latching on to microphone amidst a crowd of devoted fans in a mosh pit. 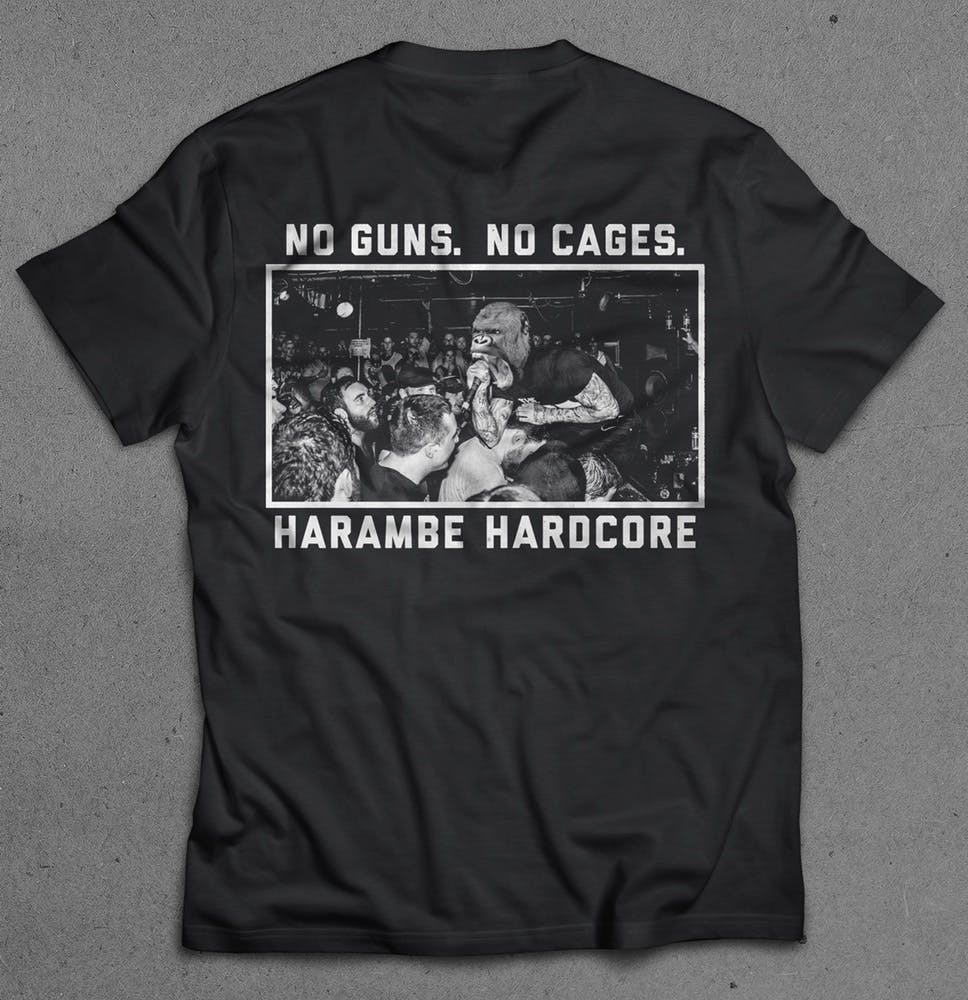 On the front, Harambe—who was shot in May at the Cincinnati zoo after a 4-year-old boy fell into his enclosure—is majestically honored, fist high in the air. This may be the best Harambe tribute to date. You can buy the shirt here. 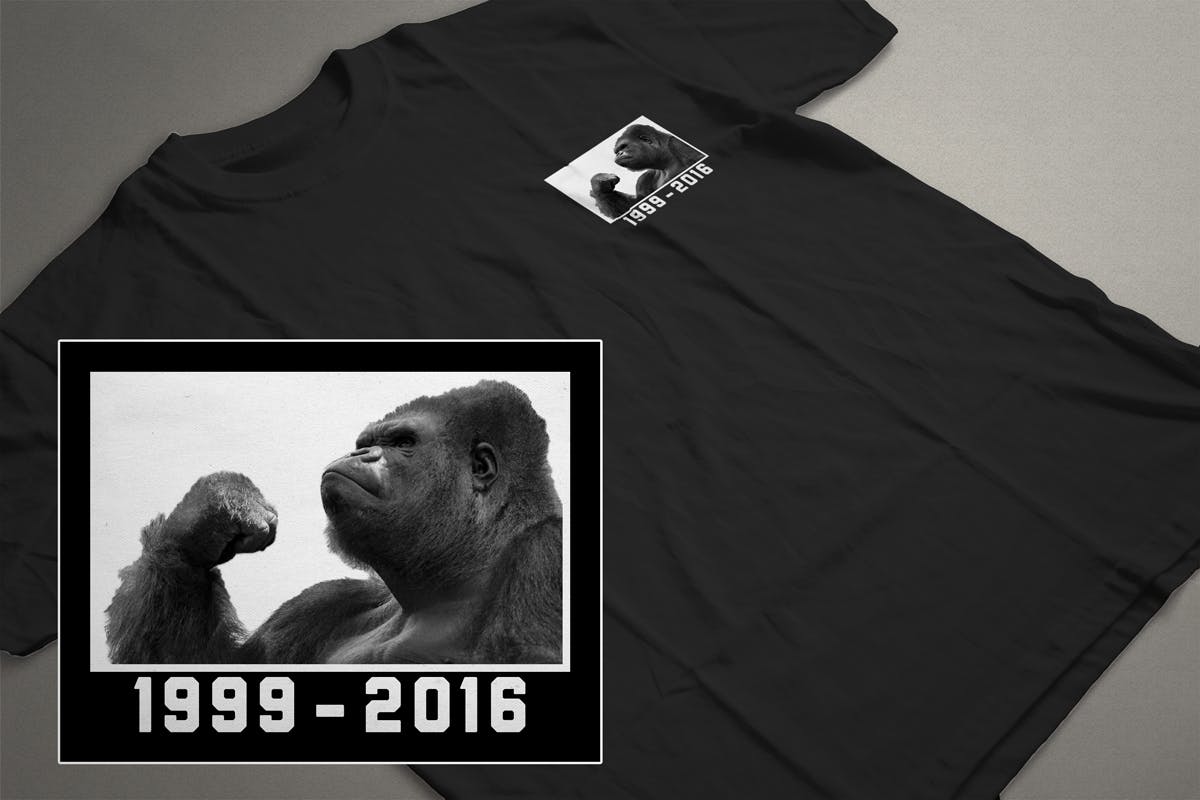 The masterminds behind the shirt, Raymond Figueroa, Dan DeRosato, and Matt Diffley, created it after attending This Is Hardcore Fest in Philadelphia. Their mutual infatuation with Harambe and punk rock music became the inspiration for the attire.

“Harambe was brought into my life at a very tender age and taken from us far too soon,” Figueroa told the Daily Dot in an email.

The trio, overwhelmed by the support from fellow gorilla-obsessed fans, did not anticipate the positive response. After the initial order of 36 shirts reserved for close friends and family were sold, the boys decided to set up an online shop and spread the Harambe love.

After posting the link in hardcore and punk rock-related Facebook groups (and receiving backlash from Harambe haters), the boys hit gold when the “I Heart Powerviolence” Facebook page shared a link to their shop. In just two days, they received more than 100 orders.

“Our original plan was to find that classic image of Harambe with X’s on his hands (representing the straight edge lifestyle he had always embodied) but we didn’t want to discourage anyone who had not claimed edge from enjoying our shirts,” Figueroa wrote. “So we went with a standard image of our boy fist in the air on the front and him screaming into the mic on the back. The slogan “NO GUNS. NO CAGES.,” was something you could find Harambe muttering at all times in that Cincinnati prison he was in—much before his untimely death.”

Despite the gorilla’s passing, the boys kept their heads up high and hopeful in memory of the legendary gorilla. “There is none, nor there will ever be any greater than Harambe,” Figueroa said.

Live on, gorilla. Live on.